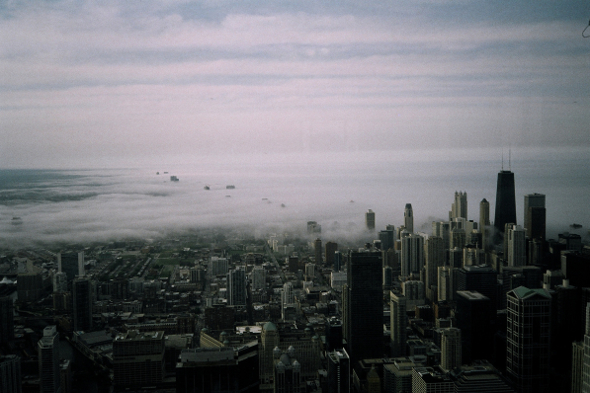 The London-label’s first full-length will be a vinyl re-release of the producer’s 2012 cassette for Pretty All Right.

Lobster Theremin has a bit of a reputation for highlighting producers from the international margins of house and techno. As well as releasing records this year from Budapest producers Route 8, Imre Kiss and S Olbricht, the label recently released an EP from the Detroit-based Rawaat, owner of the relatively unknown Crisis Urbana tape label. The label’s next release sees them uncover another obscure figure in the form of Windy City resident Chicago Jim.

The self-titled Chicago Jim LP will be Lobster Theremin’s first album, and is a vinyl re-release of a tape originally released on Chicago cassette and CDr label Pretty All Right in 2012. Though the producer hails from Chicago, he moved to Vancouver when he was 18 to study forestry where he got to know several figures now instrumental in the city’s growing underground scene, including Lnrdcroy and the Mood Hut collective. The Chicago Jim moniker was formed there, and his self-titled cassette was recorded just before he left Vancouver to return to Chicago.

Released at the end of October, the 11-track Chicago Jim LP will come in gatefold packaging across two 12″s. Chicago Jim can be previewed below, and Lobster Theremin’s description of the album as encompassing, “Chicago house, early Acid, Detroit techno, ambient, synth, slow juke and proto-booty works without the filthy lyrics,” seems fairly accurate.

Lobster Theremin will release Chicago Jim on 2LP and digital formats on October 30.