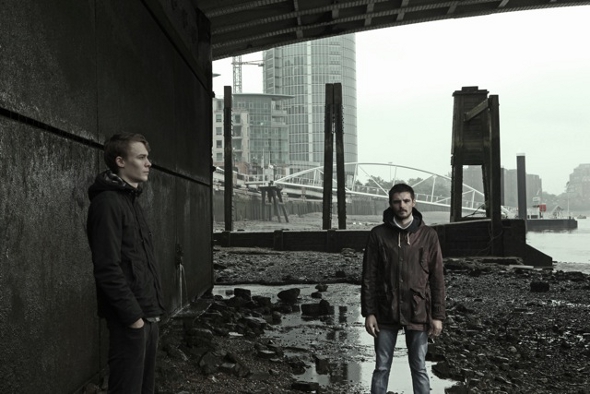 Blawan and Pariah’s hardware techno project will release a three-track 12″ next month.

While Blawan and Pariah’s Karenn project has been keeping itself busy over the past few years with a smattering of remixes and live shows, the pair haven’t released any original material since 2012. News now emerges the duo will make their return next month with a sixth record on their Works The Long Nights label, which sees them deliver three cuts of trademark analogue, hardware-produced techno.

Interested parties can currently preview the record over at the Rubadub website, and if first impressions are anything to go by, this 12″ provides some of the most playful tracks they’ve produced to date – especially “Nelly”, whose trumpeting synths sound like they’ve been inspired by the elephant of the same name. The duo have also announced details of a European tour throughout October and November, taking in Berlin, Paris, Glasgow, London and more – full dates can be viewed here.

Works The Long Nights will release SHEWORKS006 in mid-October.