Massimiliano Pagliara – With One Another 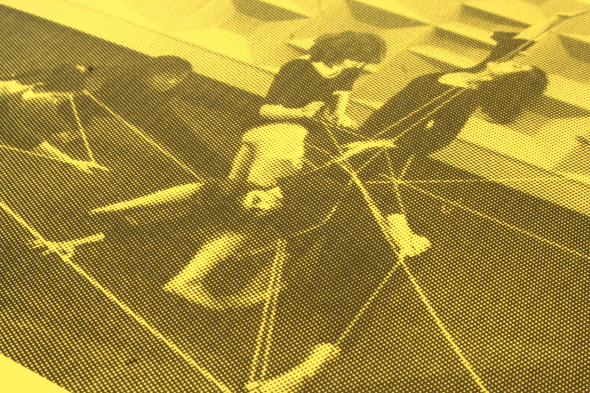 For all his undeniable synth-wizardry and clear production nous, Italian-in-Berlin Massimiliano Pagliara has always been keen on collaborations. His early productions for Daniel Wang’s Balihu label and Live at Robert Johnson were marked by an impressive list of guest musicians and vocalists. As his career has progressed, he’s maintained this approach, working extensively with Jules Etienne, Discodromo and others. While his productions have developed distinctive trademark sound – heavy on vintage synthesizers (lists of which regularly feature on the artwork of his 12” singles), intergalactic melodies, Vangelis influences and the arpeggio-heavy chug of Italo-disco – he’s not shy in working with friends and acquaintances from the Berlin scene. His 2011 debut album, Focus For Infinity, was packed with guest vocalists and organic instrumentation from a core group of trusted players. 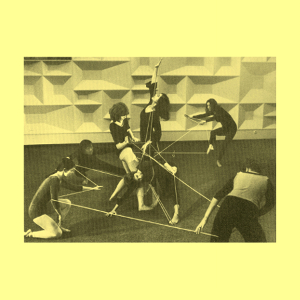 Even so, few would have expected his second full-length to largely be made up of collaborations. The cast list here includes many regular sparring partners – Etienne, of course, plus longtime pal Mavin – alongside like-minded producers based in his adopted city – the likes of NYC emigrant Lee Douglas, Norwegian Scandolearic sort Telephones and Uncanny Valley crew member Credit 00. Pagliara’s productions are rarely short on vitality, but much of the collaborative material on With One Another is bolder and more confident than ever before. The nine-minute “Long Distance Call”, for example, tugs and teases with chugging rhythms and popping electronic percussion, before finally morphing into a dayglo avalanche of sun-bright melodies in the closing stages. Made with Telephones, it emphasizes’ both producers greatest qualities, particularly their knack of writing nagging, hummable melodies.

There’s a similarly confident swagger about Pagliara’s hook-ups with ND Baumecker and Lee Douglas. While the former fixes the Italian’s usual synthesizer hooks and swirling pads to a chunky Chicago house groove, the latter goes straight for the jugular. Its’ twisted acid lines, bubbling electronics and sparse rhythms are in keeping with much of Douglas’ work in recent years, particularly his TBD collaborations with Justin Van Der Volgen. Arguably the most interesting of all these collaborations – sonically, at least – is “Native Tribes of Jupiter”, a wonky chunky of synth-laden voodoo written and produced with Credit 00. Its percussion boasts all the hallmarks of classic Chicago house – crunchy drum machine handclaps and the like – but has an altogether wonkier swing. Throw in glistening melodies, distinct Detroit techno influences and a surging, Italo-disco bassline, and you have something that defies easy categorization.

However successful these collaborations are, some of the album’s best moments are actually those where Pagliara flies solo. This is particularly true of the winding slow jam “Now & Forever” – a fluttering, tumbling exercise in melodious simplicity – and “A Dream I Got Stuck In”, which sounds like a classic Vangelis soundtrack pieces dragged kicking and screaming towards the dancefloor. If the Blade Runner soundtrack has been produced by Newcleus, it may have sounded a little bit like this. Similar accolades can be laden on the near Balearic brightness of opener “And We Kissed”, whose chugging, Lindstrom-ish backing track is overlaid with all manner of deliciously vivid synthesizer lines. It, too, sounds like it could have been made with Telephones – certainly, it has a Norwegian nu-disco feel about it – but appears with no external contributions. That’s the thing about With One Another: while it’s a fine album, Pagliara could easily have made it alone. Throughout, it’s Pagliara’s musical voice that shines through.

A1. A Dream I Get Stuck In
A2. Long Distance Call (with Telephones)
B1. We Have Time (feat. Mavin)
B2. Everything That Happens Is Supposed To Happen
C1. Gagacid (with nd_baumecker)
C2. Fall Again (with Lee Douglas)
D1. Native Tribes Of Jupiter (with Credit 00)
D2. With One Another (with Benedikt Frey, feat. Nadia D’Alò)