Void Vision LP and The Actor reissue due on Mannequin The Berlin-based label outlines some of its last quarter plans for 2014 with two full length releases.

This year has seen Mannequin Records ease into it’s sixth year in the best possible style, with a diverse array of projects issued ranging from a reappraisal of “perhaps the most misunderstood band to record for Factory Records” to a mighty soundclash between Turin synth act Musumeci and Nation boss Traxx, via further adventures in combat techno with Bushwick collective Dust. Perhaps one of the most intriguing 2014 releases from Mannequin was the Sour 12″ by Void Vision, which represented something of a triumphant return for Philadelphia-based artist Shari Vari after the project first emerged as a duo in the 2009 explosion of new minimal synth and coldwave in the US.

Those seeking a more detailed appraisal of Sour should read Flora Pitrolo’s excellent review, but at the time of the record’s release, Mannequin promised it was the prelude to a debut Void Vision album full details of which have now emerged. Due for release in November, Sub Rosa contains some 10 tracks that the label states give shape to the potential Vari showed on her Wierd Records era output. Expect a mixture of “pop orientated” tracks and more obscure “cold wave atmospheres” on the forthcoming album.

Set to drop concurrently is a reissue of Exploded View, the debut release from ’80s Dutch duo The Actor, with Mannequin granting this seminal slab of Lowlands wave a vinyl release for the first time. Originally released in cassette format back in 1982 by hometaping pioneers Trumpett Tapes, Exploded View contains the track “Unreal Personality” issued by Minimal Wave on flexi-disc last year, notable for the fashionable swagger Breda pair Marcel Reimer and Sander Horsthui instilled with their Anglo-Germanic lyrics.

Mannequin will release both Sub Rosa by Void Vision and Exploded View by The Actor on November 12. 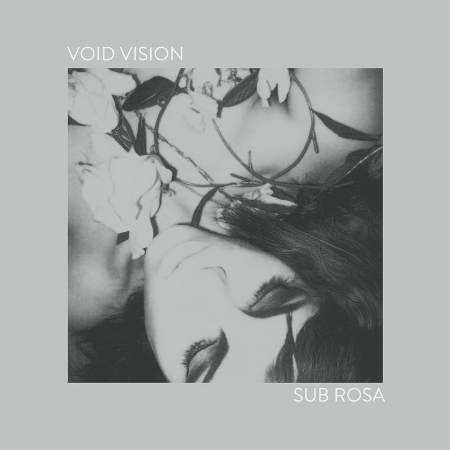