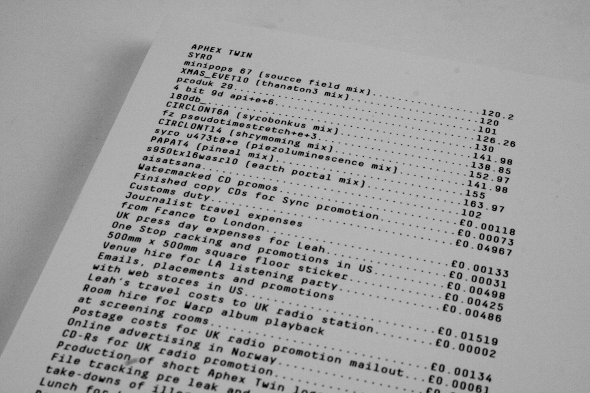 As well as a long-awaited album from a certain Cornish producer, records from Latency, The Trilogy Tapes and Minimal Wave stood out this week. 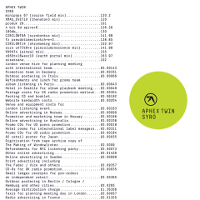 There are probably a fair few people out there who never thought we’d see another album from Aphex Twin, but after a marketing campaign involving blimps, stencils and a tracklist hidden in the deep web, Syro is finally available. Supposedly comprised of tracks that represent a fifth of his output in the last 10 years, it’s certainly a much more streamlined album that 2001’s Drukqs. However, the number of different ideas explored shows Richard D James hasn’t just been encased in amber over the last 13 years. If he really does have several albums planned, Syro could just be the start of an Aphex Twin renaissance.
Listen/buy vinyl 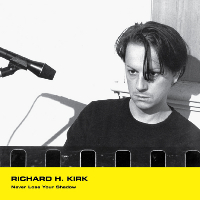 We’re used to Minimal Wave’s release being special, but they’ve really pulled it out of the bag with Never Lose Your Shadow, which collects four solo tracks from Cabaret Voltaire’s Richard H Kirk on vinyl for the first time. Originally recorded between 1978 and 1987, Minimal Wave state that the tracks were always intended as solo material rather than sketches for Cabaret Voltaire tracks. As such they offer a fascinating insight into Kirk’s mind at the times of recording, with the title track seemingly rooted in the dance floor and three more with a distinctly more experimental make-up. In both cases, they still sound remarkably fresh.
Listen/buy vinyl 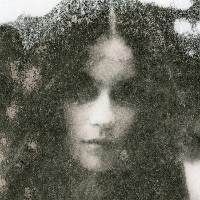 With impressive releases from Innerspace Halflife, Joey Anderson and Even Tuell under its belt, Parisian label Latency changes focus slightly with the debut LP from Mura Oka, a duo consisting of Latency co-founder Sidney Gerard and friend Louis Vial. Carrying over the emotive yet abstract theme of its releases so far, the Auftakt LP is easily as impressive as the music so far from its more storied contributors, with nine tracks of deep electronics with nods to early Warp Records and Workshop. Indeed, at times the sound laid down across the LP is like the perfect hybrid of Autechre and Kassem Mosse, and shows both artist and label are a real force to be reckoned with.
Listen/buy vinyl 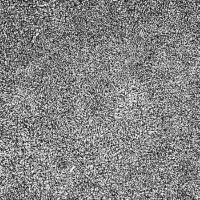 Since Dutch producer Ekman broke through with the searing sounds of last year’s Reform 12” for the Berceuse Heroique label he has become a familiar name to those interested in the more bracing end of Lowland sonics. Here he makes his label debut on the consistently surprising The Trilogy Tapes with the suitably named Entropy EP, featuring four thermodynamic takes on raw acid techno. While each track here could work in a dance floor setting, it’s the willful sonic abandon that makes these tracks so impressive, with the nebulous electronics of “ΔS” sounding like it could have come from the mind of Ekoplekz.
Listen/buy vinyl 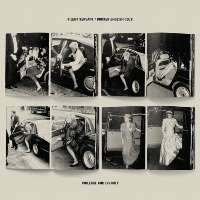 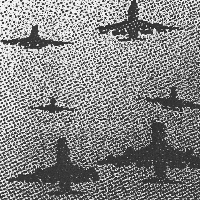 Originally released last year in cassette format by Belfast label Sex Lies Magnetic Tape, Land vs Air is probably the closest anyone’s ever come to a William Burnett-themed pic n’mix. Featuring a selection of tracks from the Brooklyn artist’s most notable aliases – Willie Burns, Black Deer, Grackle, Phobian and Monobol – the only notable downside of the 14-track release was there wasn’t a vinyl version. The label has evidently been reading our minds, as they’ve released just that – anyone wanting a starter course in Burnett’s work would do well to listen to this.
Listen/buy vinyl 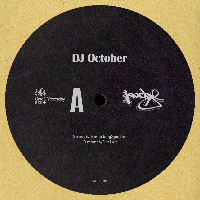 A fresh transmission from the Skudge label stronghold is always a welcome thing, especially when that record comes from October. Though he’s known for appearing on many other labels, his Empires Of Man 12” for the Swedish label remains one of favourite records from the producer to date, and the chance to hear both parties team up ahead of a debut album for the label is very welcome indeed. The two tracks here are some of the producer’s most intricate to date; “Jaffa” pulses and swells with analogue chirps and deep polyphonic chords, while “Gate 2 Yesterday” offers some sleekly throbbing techno in the vein of the Skudge duo themselves.
Listen/buy vinyl 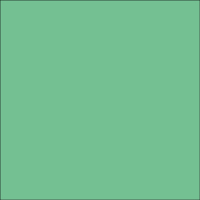 Swedish producer and mastering engineer Andreas Tilliander has treated us to some particularly great music recently – his dub techno expliorations as TM404 and his mini LP of skewed house and techno under his own name for Frak’s Börft label being the most notable – and here he returns with a new alias on Semantica. Svaag is a serious name, and this record features three tracks of fairly serious techno, but instead of the overwrought industrial stylings of some of his peers, Tilliander here employs powerful monophonic synth blasts reminiscent of fellow Swede Peder Mannerfelt’s take on techno, filled with malfunctioning rhythms that are deceptively danceable.
Listen/buy vinyl 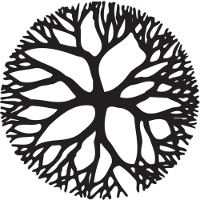 Jamal Moss is no stranger to working with Paul Du Lac’s Bio Rhythm imprint, but here he returns with a new record for the Africans With Mainframes project he works under with Noleian Reusse. Despite working together intermittently over the past 12 years, this is their first record together for some four, and it shows they’ve lost none of their power. Both tracks trade in that same kind of raw, ramshackle take on house and techno Moss is famed for, but here there’s something tighter about it – “Nubian Rainbows (Instrumental)” is held together with a tough, angular bassline, while “Tonkolili” bounces and buzzes in equal measure. Killer.
Listen/buy vinyl 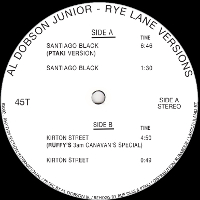 Those who were lucky enough to grab Al Dobson Jr’s debut LP on Bradley Zero’s Rhythm Section International label, or the Sounds From The Village collection released shortly afterwards on Izwid, will be aware that the South London-based beatmaker is a talent to watch with interest. Here he returns to the former label with Rye Lane Versions, but this time two short beat sketches are included alongside remixes from Ptaki and Ruf Dug. The former turns “Santiago Black” into a warm mid-tempo disco house jam, while the latter turns in a deep, filtered take on “Kirton Street”. Probably the closest you can get to being at Rhythm Section without travelling to Peckham itself.
Listen/buy vinyl