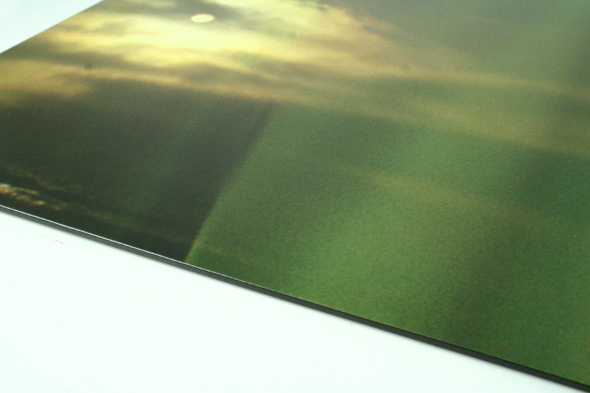 For the dishevelled industrial techno luddite the announcement of a collaborative Function and Vatican Shadow album probably eclipses the fanfare of a new Aphex Twin LP, blimp or no blimp. But what to expect? Well, it’s largely an ambient body of work, although the pair don’t pull the plug on beats altogether, with the record’s D-side featuring two variations of techno (you could even argue “Red Opuim” is deep house, but do we dare…), while “Bejeweled Body” although not totally industrial, is plenty heavy enough. More quality productions from a label in 2014 that refuses to let up.
Listen/buy vinyl

Cruise Forever, Austin Cesear’s debut LP released on Public Information in 2012 still ranks among our favourite albums of the past few years, so the chance to hear the results of both working together again is very welcome indeed. The West Side mini-LP comes with a particularly intriguing theme, namely that of his experiences in Oakland Port, California, and the sounds of its cranes, containers, motors and gulls, translated into machine rhythms and gorgeous deep house music. It’s something particularly audible in “Ain’t It So (Necessary), whose busy loops sound like they should be soundtracking a time-lapse video of the daily cycle of the city’s dockyard.
Listen/buy vinyl 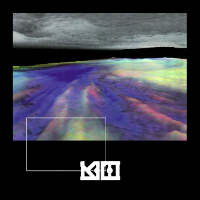 When Lee Gamble releases an album you certainly get your money’s worth. At 16 tracks long KOCH further develops the sound we all fell in love with two years ago with the release of Diversions 1994-1996 and Dutch Tvashar Plumes. But for a great deal of producers at the moment putting out an album now – the same time as full lengths by Vessel, Ital and Call Super (oh and Aphex Twin) – could be considered artistic (and financial) suicide, but with Gamble’s past successes, and with the backing power of Bill Kouligas’ almighty PAN label, it only adds to this incredible year of albums.
Listen/buy vinyl

While much of the The Trilogy Tapes’ output over the past few months from Rezzett, Dario Zenker, Ekman and Chemotex has leaned towards the rougher end of the techno spectrum, Will Bankhead indulges his gentler interests with a label debut for Future Times man Maxmillion Dunbar. Those who appreciated his stellar House Of Woo album will find the four tracks across Drizzling Glass nigh on essential, drawing from the same mix of house beats and abstract free jazz-style melodic structures. More proof, as if we needed it, that The Trilogy Tapes is one of the best labels in the world right now.
Listen/buy vinyl 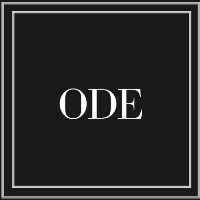 When it comes to acid techno in 2014, who are the names you can trust? Well, besides Plastikman and Aphex Twin there’s Omar S, Helena Hauff, Andreas Tilliander as TM404 – and Tin Man. Johannes Auvinen’s deeper take on the 303 sound in album form was last heard on 2012’s Neo Acid, also released on Absurd Recordings, and in between this week’s Ode, Tin Man has teamed up with Donato Dozzy, Cassegrain (Obtane & Giorgio Gigli before that) and Gunnar Haslam for the Romans project. Along with the voices of his trusty graphic box, Auvinen’s own vocals play an important role on Ode, which shares a similar husky choral to that of Matthew Dear.
Listen/buy vinyl

Boothroyd recently described his musical style as a combination of “Slowdive and Tinchy Stryder,” and to be honest, it’s difficult to find a better way of putting it. The four-track Idle Hours EP marks his first record for Tri Angle, and it’s probably one of the most interesting debuts we’ve heard for a while. While tracks like “NYC” and “Colony” are soaked through with a fair amount of noisy industrial grit, his collage style creates far more engaging soundscapes than most moody experimental techno producers can muster. “Colony”, especially, is a spacious piece that balances light and dark quite effectively, while “Y5” treads the line between decaying rave and cybernetically-enhanced grime.
Listen/buy vinyl 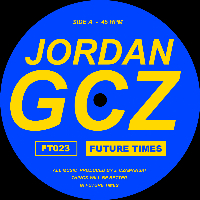 Juju & Jordash man Jordan GCZ has been busy building up his Off Minor Recordings label over the past year, but this record sees him make a rare solo outing outside of his own imprint for good friend Max D’s Future Times label. The Digitalis 12″ is filled with just the kind of intricately produced house music you’d expect from the producer, with the smooth lounge-gone-techno of “Swingonoguitaro” complemented by the crystalline keys and brushed percussion of “Digitalis” and the strange outer-space synthesizer jazz of “Fusionfunk”. If you’re still waiting patiently for the next Juju & Jordash album this might help to tide you over.
Listen/buy vinyl 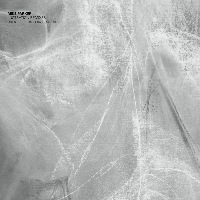 Last year Mike Parker released what was technically his debut album, Lustrations, if you don’t count the collection of tracks which made there way to the 2001 CD release Dispatches. If you’re not too familiar with Parker’s work you’ll probably feel like his music sounds the same, which to a certain extent, it definitely does, and Lustrations (where each of the 12 tracks ironically share the same name) received some scrutiny for being a bit samey. But here, Munich outpost Prologue and three of deep techno’s biggest names – Cassegrain, Edit Select and Svreca – provide 2014 with, as far as the techno corner of Juno Plus is concerned, one of this year’s best remix EPs. Brace yourself for Svreca’s alien reshape of “Lustration Eleven (Atlantic)”.
Listen/buy vinyl 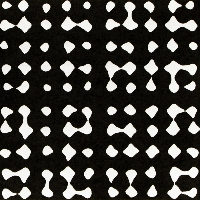 The strangely named Loopy might be new, but on the strength of its first release it could be an label to keep an eye on. Loopy has chosen to kick things off with a release from Fis, whose unique music has flown far outside the D&B circles he was first nominally associated with. If you heard his releases for Tri Angle then you’ll know what to expect, but the engine noise rush of “Speech Spirits” is particularly bracing. The label has also gathered some killer remixes too; Kassem Mosse turns in a high tempo drum machine revision of “Speech Spirits” filled with off-kilter house melodies, while Oren Ambarchi turns the same track into a pulsing 14-minute kosmische journey.
Listen/buy vinyl

Various – My House Is Not Your House (Acido)

One of the few labels to continuously put out various artist EPs that matter is Acido Records, and this latest batch of curveball oddities sees two new productions from SVN & Porn Sword Tobacco. The low-lying pair debuted earlier this year with a minimal techno 12” of sorts for Kontra-Musik, but here for Dynamo Dreesen’s label (also a collaborator with SVN) the pair provide one organic, leftfield house jam and a cosmic analogue dub cut called “Scrub A Tub”. It’s the B-side, though, where you’ll find the real spirit of Acido; wish-washy ambience, German-sounding instrumental hip hop and anonymous bleeps and squiggles – our guess at the artist on the B2… SVN.
Listen/buy vinyl