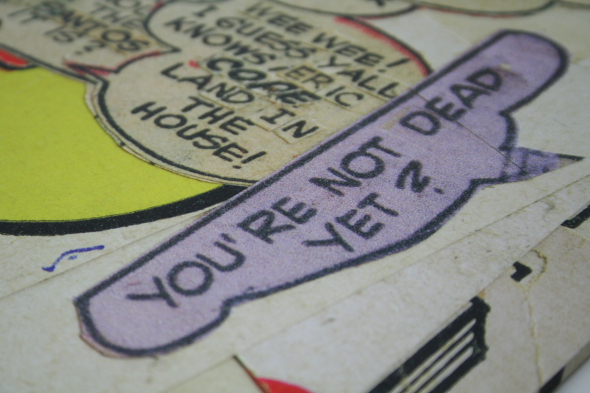 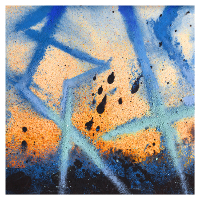 It feels like a debut album from Call Super has been a long time in coming, but Suzi Ecto is here and it cements his position as Houndstooth’s most exciting artist. Operating somewhere between techno and ambient music, the 11 tracks that make up Suzi Ecto are obviously informed by the dance floor, but rather than create an album of straightforward club productions, the producer uses that framework to hang his own ideas from. Whether it’s the crystalline structures of “Dovetail”, collage-like formation of “Raindance” or strange interlocking tones of “Fold Again At Last”, the producer manages to take what we think techno is and flip it on its head entirely. Without wanting to risk spilling over into hyperbole, Suzi Ecto is easily one of the best albums of the year.
Listen/buy vinyl 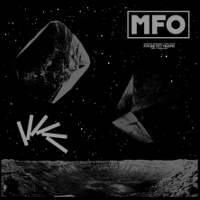 With a second successful Amsterdam festival under its belts, the city’s Dekmantel label gets back to its other concern, chiefly releasing great records from some of house and techno’s hidden gems. The latest inductees into the Dekmantel hall of fame are Italian duo MFO, who present the first of two planned Future City Traffic releases for the label. As you’d expect from the name, there’s a degree of futuristic optimism to MFO’s take on house and techno, combining dusky organic keys and obvious Chicago influences with a crisp, electric aesthetic running throughout.
Listen/buy vinyl 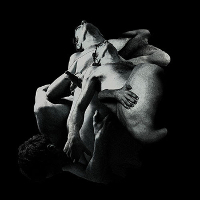 As one of the core members of Bristol’s exploratory Young Echo collective, Seb Gainsborough knows a thing or two about confounding expectations. His solo material as Vessel has never stood still for a moment, and this second album for Tri Angle records shows the lengths he’s willing to go to in order to create something truly original. Punish, Honey marks a move away from typical electronic sounds, constructing his own instrumentation to record the album including flutes made of bike frames, sheet metal percussion and harmonic guitars. The result is an album that explores notions of “Britishness”, and does so in an unusually bodily and sensual way.
Listen/buy vinyl

With Golden Pudel resident Helena Hauff a noted acid enthusiast, the decision by Solar One to pair her up on a split release with her elder Koln-based compatriot Andreas Gehm is an intriguing one, especially given his own predisposition to acid-soaked electro. Both producers bring their own signatures to bear across their contributions; Hauff’s tracks are dense and gritty, reflecting her one-take, straight to tape production methods, while Gehm’s have a more malleable electro feel to them. Put together, they make for a formidable pairing.
Listen/buy vinyl 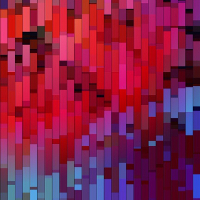 As a member of the London-based techno collective Bleep43, Jo Johnson is used to weaving experimental sonics in her DJ sets, as well as creating floor-focused electro with Emile Facey as VLF. Her debut solo album Weaving is similarly open-minded, but primarily chooses to explore ambient music instead. Opening with a homage to Johnson’s primary influence Alice Coltrane in “Ancestral Footsteps”, the resulting five-track LP is one of the most impressive ambient albums we’ve had the fortune to enjoy for some time, taking in the influence of jazz, radiophonic music and kosmische along the way.
Listen/buy vinyl 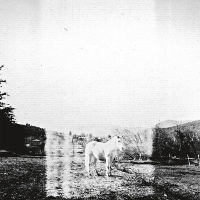 Huntleys & Palmers is a label always committed to uncovering fresh talent – Auntie Flo and SOPHIE are a few of the names to have gone on to have successful careers – and here the label introduces another new name in the form of Wrong Steps. EP01 comes with comparisons to Floating Points, Portable and Metro Area from the label, and they don’t seem completely unfounded; “Rain” is like a more fractured version of Floating Points’ “ARP 3”, while “Gyms” has a kind of retro-disco strut that puts us in mind of the simplicity of the earliest Morgan Geist productions. On the basis of this EP, Wrong Steps is a name to watch with interest.
Listen/buy vinyl

London-based production unit LV and British Nigerian vocalist Josh Idehen’s Routes album for Keysound – released back in 2011 – still stands as one of the label’s highlights, so seeing both parties to reunite for another full-length is particularly exciting. While Routes saw Idehen’s vocals fractured between LV’s bass and bleeps, Islands puts his voice to the forefront, telling stories inspired by life in modern London with themes including “murder, desperate loneliness, obsessions and sexually-unfulfilling nights out.”
Listen/buy vinyl

Billed as his debut album, but featuring five tracks spread across four sides of wax, Ghost Miners offers Jared Wilson fans a chance to indulge in what nevertheless feels like his most substantial piece of work to date. As you’d expect from the Detroit native, there are no frills to these tracks: “Ghostminers” 1, 2 and 4 offer some gutteral acid and thundering drums, “Ghostminers 3” delivers a straight up piece of Motor City house, and “Ghostminers 5” offers a more buoyant example of late night techno. However, those who know Wilson will know that his straightforward approach is what makes him one of Detroit’s best and most consistently under-rated producers.
Listen/buy vinyl 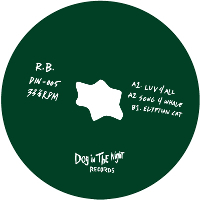 We still don’t have much of an idea who’s behind the strangely named Dog In The Night Records, but they are turning into a very reliable source of frazzled club cuts for those who like their tracks raw. It’s perhaps the label’s sense of humour that’s most endearing; the brutal acid slabs making up “Luv 4 All” is anything other than what the track title suggests, while “Song 4 Whale” is nothing like the kind of new age whale song you might expect, combining bloated vocal echoes with lo-fi beats. “Egyptian Cat” is probably our favourite, a turbulent concoction of clockwork beats and atonal bleeps.
Listen/buy vinyl

By now we know that L.I.E.S. isn’t a label whose movements can be easily predicted – long players from KWC 92, Low Jack and Jahiliyya Fields over the past few years have proved that. Logo My Ego – the latest solo record from Black Dice member Eric Copeland – is probably the label’s most twisted set of electronics yet. While the title track operates with a rolling, low slung rhythm that could almost operate on the dance floor, the remaining tracks get progressively wilder, as Copeland’s sample-based collage is combined with skewed rhythms and copiously flanged melodies. The music is great, but the record is worth it for the artwork alone, which makes up easily one of the best sleeves we’ve seen on L.I.E.S. to date.
Listen/buy vinyl