Debut album from Marco Shuttle due in November 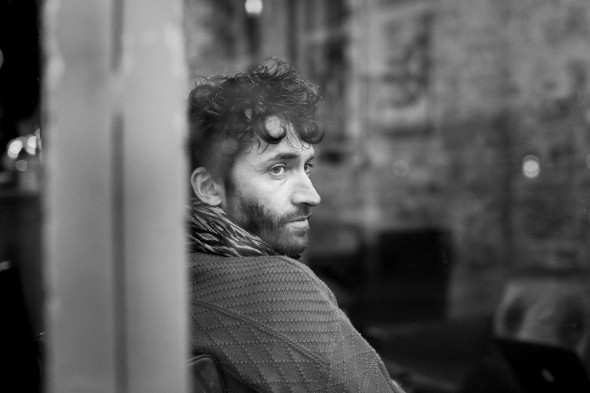 Visione will arrive via the Italian artist’s own Eerie label and features a collaboration with compatriot Donato Dozzy.

Active as a producer since 2007, Treviso-born Shuttle (real name Marco Sartorelli) has really come into his own over the past 18 months. Up until last year the London-based Italian producer was known for a warehouse-ready brand of techno best typified by the superb 2011 track “The Vox Attitude”, but has since gone on to develop a deeper and more abstract approach. That has lead to some fine techno releases this year for Time To Express and The Bunker New York, with a soon to drop Anxur collaboration alongside Donato Dozzy on Sartorelli’s own Eerie label now complemented by news of a debut Marco Shuttle album.

Entitled Visione and due to arrive in November, the eight-track double LP was allegedly recorded within the space of a month at Sartorelli’s Hackney studio and apparently draws from Krautrock, ’70s psychedelia, Musique concrète and Norwegian avant garde jazz for inspiration. Speaking with RA about the genesis of Visione, the Italian revealed he hadn’t planned to record an album, “I just started jamming with the idea of doing something very different from what I usually do, without necessarily respecting the classic tempo and sync rules involved in techno production.” Donato Dozzy features on the opening track “The Chaos….” and it seems the celebrated Italian was instrumental in encouraging Sartorelli to fully embrace the above approach after being sought out for some early constructive criticism.

Eerie will release Visione by Marco Shuttle on November 18.