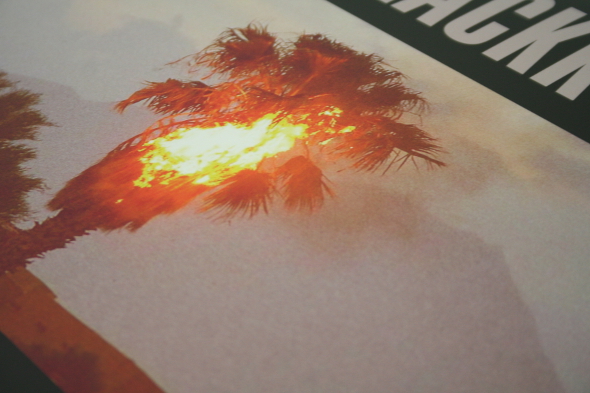 The debut album from Slackk, a killer third LP from Ital and some heavy Kowton remixes of Peverelist were among the best records this week. 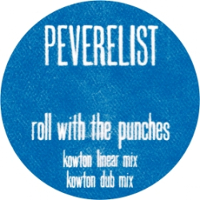 In advance of the imminent release of it’s Worth The Weight Vol. 2 compilation, the Punch Drunk label takes the opportunity to revisit Peverelist’s classic “Roll With The Punches” track with two brand new remixes from his Livity Sound associate Kowton. Reflecting the drop in tempos that has occurred across Bristol’s bass diaspora since the track was first released in 2007, Kowton’s “linear mix” slows things down and combines clattering, broken percussion and punishing bass with the recognisable string motif. The “dub mix” is like classic Skull Disco on codeine, an almost zombie-like piece of soundsystem music that’s quite unlike the techno-focused material Kowton has been making of late.
Listen/buy vinyl 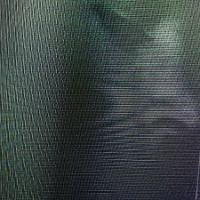 Since he first debuted on 100% Silk in 2011 making house music from the perspective of someone who used to be in a noise band, Ital’s music has continued to evolve, through fractured collage to something much more sensual and stripped-back. Endgame is his third album, and feels like the culmination of three years spent honing his sound into something dark, spacious and psychedelic. While his previous music was often filled with manic energy, Endgame is much more focused, creating something that has more in common with the techno of Function and Kassem Mosse, albeit with Ital’s uniquely weightless touch. Almost certainly one of the albums of the year.
Listen/buy vinyl 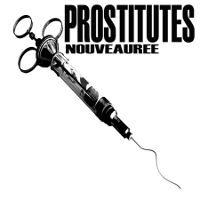 The world might not be short of records from James Donadio’s Prostitutes, with an album for Spectrum Spools and two EPs for Mira alone this year. However, there’s a case to be made for Nouveauree on the London-based Night School label being one of his best yet. Donadio might make for a strange bedfellow alongside The Space Lady or Molly Nillson on the UK experimental label, but his take on techno is equally as queasy as their music. “Late To Take It Light” has to be the pick of the bunch for us, a rack that sounds about as close to Berghain-ready techno as any artist from the US underground has produced.
Listen/buy vinyl 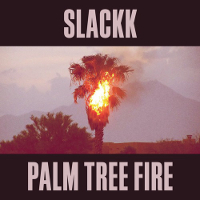 As one residents of London grime night Boxed and steward of the now defunct Grimetapes blog, Slackk is arguably one of the most important figures involved in the current renaissance of instrumental grime. It’s not exactly a genre you might think would translate to a full album, but across the 16 tracks that make up Palm Tree Fire the producer shows that it’s more than possible. Rather than simply rehashing the usual tropes, Slackk uses the opportunity to take the form into strange weightless new places, using the building blocks to create something even more colourful and vividly realised. Like most of the best albums from producers who make predominantly club-focused music, Palm Tree Fire isn’t all about the club – and it’s all the better for it.
Listen/buy vinyl 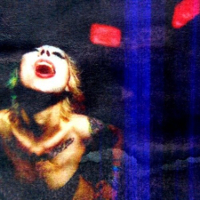 Brooklyn’s Styles Upon Styles has quietly been turning into one of the city’s best kept secrets thanks to impressive but under the radar releases from Kloke, White Visitation and Archie Pelago among others. This debut album from Gut Nose is perhaps the label’s best yet; comprised of two extended pieces, the A-side is sub-titled “Filthy City”, and comes with a dizzying array of paranoid instrumental beats reminiscent of the late ’90s work of El P and Cannibal Ox. The B-side goes by the name “Filthnoid Mixx”, and switches things up for a crunchy lo-fi techno trip through dingy backstreets. Filthy City isn’t the only record we’ve heard this year using this sort of concept (see Joane Skyler’s excellent LP for Boomkat Editions), but it’s still the most original piece of dilapidated electronic music we’ve heard for a while.
Listen/buy vinyl 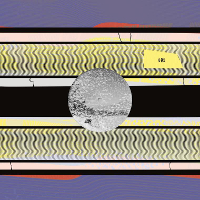 Milan-based Lorenzo Senni was responsible for one of 2012’s most intriguing concept album in Quantum Jelly, an LP which saw him use the sounds of commercial trance music to create what he called “pointillistic trance”. Focusing exclusively on the build-ups, it was an album that challenged preconceptions of a maligned genre. The Superimpositions mini-LP for Boomkat Editions is a continuation of this idea, but splinters it off into new structures, like the commercial hip hop rhythms of “Pointillistic T*****” and free-flowing, fluttering arpeggios of “Elegant & Never Tiring”. More varied than its predecessor, Superimpositions is a fascinating look into where Senni’s mind might be headed next.
Listen/buy vinyl 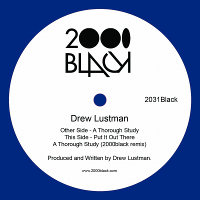 Dennis ‘Dego’ McFarlane’s 2000 Black returns with a 12″ the more studious followers of electronic music could have foreseen in A Thorough Study from Drew Lustman. The two producers may come from different paths but it’s clear they share a similar musical outlook and this is the kind of mutual back scratching we can totally get behind. A Thorough Study of course arrives after Lustman’s Blueberry Records issued the superb Nuts! from Dego and this new slab from the man known as FaltyDL feels right at home on the long running 2000 Black. There’s something wholly evocative of slinky ’90s R&B to the title cut, whilst shimmering 12″ highlight “Put It All Out There” feels totally geared for selection on a Friday night at Plastic People. Look out for Dego and Kaidi Taitham doing their 2000 Black thing on the closing refix of “A Thorough Study”.
Listen/buy vinyl 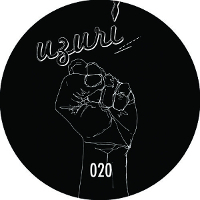 With a mere handful of records issued solely on Uzuri over the past five years, there’s always a sense of expectation when a new Jitterbug record arrives and it’s more so in the case of this latest slab from the mysterious producer. Workers is just one record that’s been held up due to the creaking imbalance between a clutch of pressing plants and a deluge of Record Store Day releases, but that’s a gripe for a think piece that you can read elsewhere. If you’ve spent some nights in club spaces over the summer months you should be familiar with some of the productions from Jitterbug here and there’s a remarkable range of styles covered between the playful broken house of opener “Sweet Tooth” and the disjointed DJ tool “Trak 6” which closes Workers.
Listen/buy vinyl 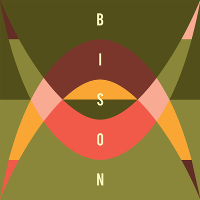 This debut Bison album feels like it’s been a long time coming, with the smattering of 12″s issued between 2010 and 2011 on Claremont 56 offering up some real insight into the possibilities the kraut super group could achieve over the length of a long player. The nine track Travellers draws from some of the material Paul “Mudd” Murphy, Ben Smith, Holger Czukay and vocalist Ursula Major have previously released (“Mandy” and “Way To LA”) but is largely composed of songs recorded during a succession of trip’s to CAN’s Cologne based Innerspace Studio. Blessed by mix downs from Idjut Boy Conrad McDonnell, Travellers is a star gazing delight that really works when Major steps up to the mic and does her best Patti Smith-style whispered delivery.
Listen/buy vinyl 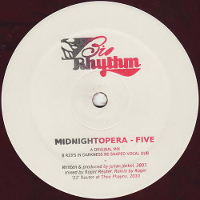 Despite the calibre of artists involved on Bio Rhythm so far, which includes Jamal Moss, Tevo and Poppa Howard, and Frak don Jan Svensson, the Rotterdam label has remained resolutely under the radar of wider recognition. The latest Bio Rhythm release is hardly going to change that, especially with all eyes and ears focused on Aphex Twin, but it does strengthen Paul Du Lac’s reputation for canny A&R moves. Midnightopera is a rarely used alias of German producer Julian Jöckel that was last seen on one of those highly sought after Workshop Special 12″s, and his contribution to Bio Rhythm is drawn from his archive of unreleased material. Produced in 2007, the 12-minute journey through smudged out beat down house that is “Five” steps outside of rugged machine funk Bio Rhythm usually release but still feels perfectly at home.
Listen/buy vinyl