Xosar next on the Black Opal series 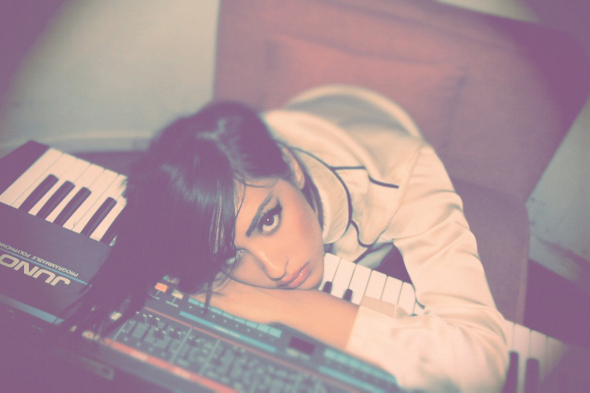 The dedicated vinyl platform from Opal Tapes will issue a weighty eight-track selection from the Berlin-based artist in December.

Although the Black Opal series launched with a vinyl edition of the Body Issues tape from Brooklyn techno producer Patricia, subsequent releases have lived up to label boss Stephen Bishop’s promise to consist of all-new material. Having already issued finely packaged releases this year from Mood Hut artist Cloud Face and Opal Tapes regular Ñaka Ñaka, the third and final Black Opal transmission of 2014 will come from Xosar. Announced as one of the participants in this October’s edition of the Red Bull Music Academy, Sheela Rahman’s distinct blend of mystical ghost haus and techno has been notable for its absence this year following her breakthrough with releases on L.I.E.S., Rush Hour and Créme.

News that Xosar would be releasing on the Black Opal series isn’t exactly surprising, with Bishop first hinting at the prospect last December, and full confirmation arrives following the announcement of a new 12″ from the Berlin-based artist for Luke Wyatt’s Valcrond Video label. Not set to arrive until late December (around the same time Ontario Hospital make their bow on Opal Tapes) you can get idea of what to expect from BOP004 via the full stream of opening track “The Pit” below, whose mangled delivery is reminiscent of The Lost Transmissions from Hieroglyphic Being.

A1. The Pit
A2. Prophylaxis
A3. Hades Gates
A4. Gnome Circle
B1. Astral Dreamscape
B2. Tales From the Tenderloin
B3. Cave Ritual
B4. Fortress of Solitude