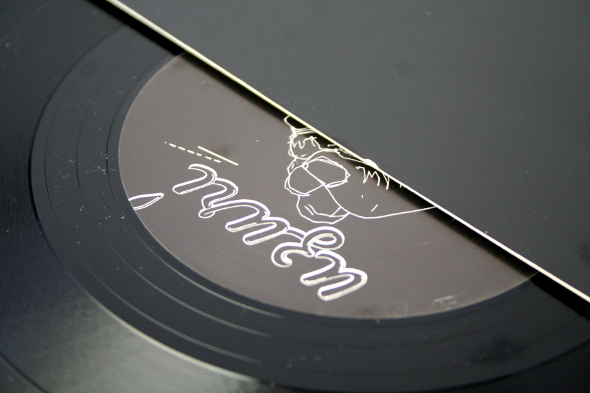 Appearances from Jitterbug come too far and few between, with just three previous releases on Uzuri reaching back to 2009, and more recently we have been treated to his collaborative work with Scott Ferguson under the JBSF moniker on Ferrispark. Now though, the first solo Jitterbug EP in two years drops on the (latterly) equally slow-burning Uzuri imprint, and it’s brimming with six red-blooded cuts that cram all manner of different ideas onto two sides of vinyl. 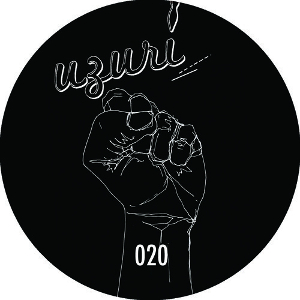 There is a definite rough-shod quality to the Jitterbug sound, and that comes through in a flash as “Sweet Tooth” kicks off on a broken house groove with a gorgeous bass lick that suggests a whole heap of funk to come. The twangy guitar samples that come in are perhaps not as expected, but they create a satisfying friction with the rasping brute force of the drums, coming off in a perfect celebration of the joys of sampling in house music. This reviewer can’t say for sure that an MPC was involved in the production, but that layer of grit can rarely be faked from many other places.

“Jus Drums” is a more primal affair, and the clue is most definitely in the title, but as tool-ish tracks goes, this ones spits through some gnarly processing to give the drums a brittle, metallic edge, making it a tool worth implementing. From a listening perspective, it makes for more of an interlude before the thrilling techno bounce of “Surge” takes hold with its skipping arpeggios twisting out jazzy melodic refrains that overflow with energy. It’s a constantly forward-thrusting track that doesn’t let those synths take a moment to pause, and why should they when they’re clearly having such a good time of it?

“Ache 4U” brings a little more of that smooth quality that turned people onto Jitterbug’s sound when he first emerged, with a fine line in funk bass, plaintive chords and a sweet soul vocal merging around a simple beat for a masterclass in soulful deep house. It’s tracks like this that truly demonstrate a worthwhile producer, reaching for the kind of tropes that get used a thousand times in deep house productions but wielding them with the correct sensitivity to make a special track instead of a generic one. “Koko” meanwhile nudges the energy levels back up with a peppy tempo around which more funk licks can roll, working adeptly if perhaps lacking a little of the magic that made “Ache 4U” so spellbinding.

“Trak6” wastes no time in delivering a powerful finishing move to the EP, taking the tool notions of “Jus Drums” and running with them to make a thrilling drum track full of wild attitude and dangerous intentions. Although it’s a short jam to keep DJs on their toes, there’s so much firepower packed into three and a half minutes that you’re not left wanting anything more. It’s a lively end to an EP that deals in many shades and tempos, highlighting Jitterbug as a man with the ability to take the well-worn path in house and techno and inject it with that indefinable flair that makes a familiar approach into a spellbinding track.