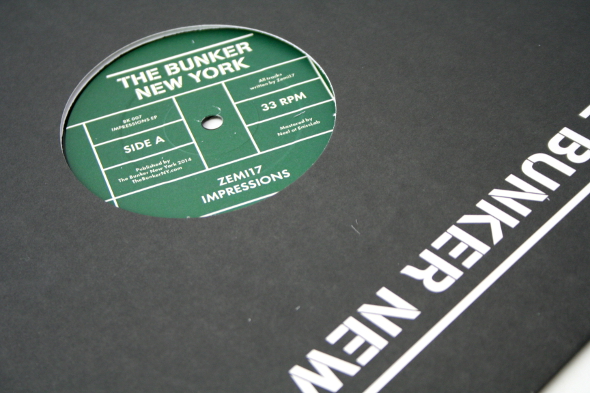 If there’s one thing that marks the hazy peak of summer time Japan, it’s the deafening roar of thousands of tiny cicadas. Called “zemi” in Japanese,  these critters from the Hemiptera order soundtracked many of this reviewer’s summer mornings in Osaka at 5am; creating a wall of static chirping that made every sunrise feel like a centre-stage ticket to an experimental noise show. Despite the density of Japanese cities, which are usually concrete jungles of apartment complexes and bike paths, cicadas always seemed to infiltrate the most industrialized areas, always finding a bush or tree to nestle into and screech from – a testament to their noisey productivity. 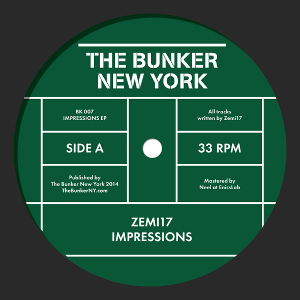 That Aaron Taylor Kuffner decided to focus his energy on these hyperactive bugs may not come as a surprise, given his widely prolific production history. Among Kuffner’s accomplishments in the last two decades, he’s been responsible for co-founding international artist collective Ransom Corp, as well as participating in the supremely weird Blackkat and Havoc Soundsystems. Often merging music with performance art, Kuffner is also responsible for programming the world’s first fully robotic Gamelan orchestra which toured the world.

Zemi17, the moniker under which Kuffner’s latest EP on The Bunker appears under, has actually been around since 1997 (oddly making it now 17 years old) – and while he’s put the project on indefinite hold while focusing on his Gamelan bots, The Bunker unearthed Impressions / Rangda from a live performance as part of the 2012 edition of Unsound New York, and deemed both cuts as deserving of a pressing to wax.

Both “Impressions” and “Rangda” are made up of found sound samples (birds, motors, insects) blended with gongs and metallophones, but even after multiple listens, it’s not obvious that both have been stitched together as a collage of found sounds. Instead, “Impressions” shakes with a barely-containable classic techno tension in its opening moments, as a searing dissonant tone brands itself into the flesh of the rhythmic kickdrum. Soon, the metallophones take centre stage, giving the feeling of plummeting down a constructed staircase built by MC Escher – and then, like a hotel wakeup call from the 7th layer of hell, smashing gongs assault the track from all sides. It’s a perfect movement from order to chaos, reminiscent of the way that old analogue cuts from Chicago house artists like Phuture’s could begin with a simple drum machine and end with a tangled mess of intertwined acid lines.

“Rangda” is equally original, beginning as little more than a wind-up toy tinkle. But with the introduction of Kuffner’s metallophone, the tones he expertly beats out on top swerve begin as hypnotic, clean repetitions, which eventually become murkier and increasingly distorted, as if caught in the jaws of a slowly-tightening vice grip. If “acoustic acid” hasn’t been claimed as a genre already, Kuffner can certainly stick a flag in that term.

While The Bunker New York’s releases are by no means conventional, Kuffner’s compositions blend right in alongside the rest of their catalogue – while it’s breezier and more whimsical than Marco Shuttle’s latest doomy release, and makes less obvious its use of acoustic elements than Elizabeth Warren’s (superb) violin on the label’s inaugural Leisure Muffin record, it’s another captivating addition to a label that’s keeping New York renowned as a techno epicentre.

A. Impressions
B. Rangda