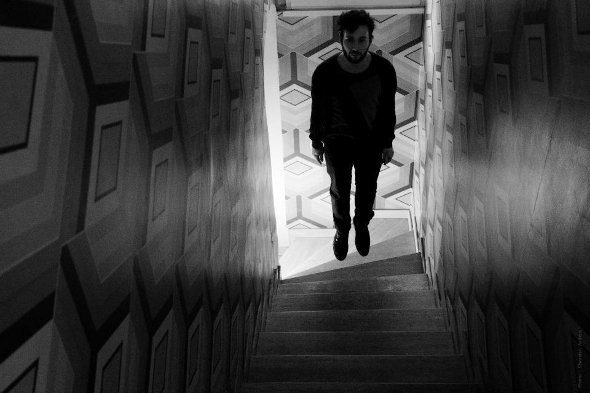 Stream the Lyonnais producer’s forthcoming EP for the In Paradisum label in full.

The In Paradisum night and label run by Mondkopf has become something of a focal point for French artists making industrially-minded techno in recent years. Since launching in 2011 it has welcomed Qoso, Saåad and Low Jack to the label, highlighting the underground network of French producers bringing their own individual touch to the genre. Another is Somaticae, a Lyon-based producer who has appeared on In Paradisum as part of ambient drone four-piece Insiden, and has provided both a solo EP and album for the label, both of which highlighted his love of dark ambient textures and skewed, distorted techno structures.

Building on the sound of the Catharsis album, Somaticae will return to In Paradisum later this month with the Pacurgis EP, featuring four tracks taking his sound to ever more extreme places. Streaming in full below, it’s a record that isn’t afraid to have a bit of fun with what can be a straight-faced aesthetic, especially on the rubbery funk flex of “Rexd” and ravier motifs of “Zouk”. Interestingly, we’re reliably informed by the label that Somaticae will be debuting Somaticae’s Roger West project on the label later this year, which sees him decontextualising 90s dance hits across a four-track EP.