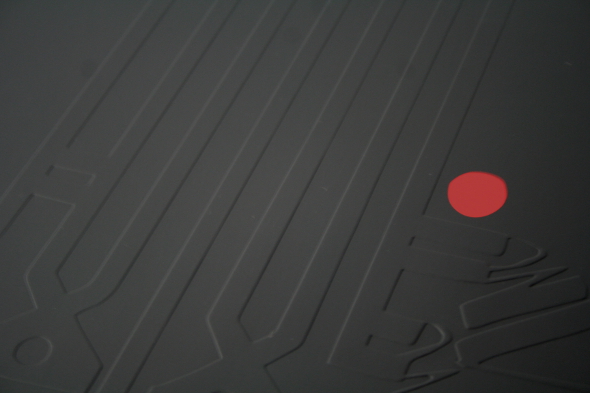 Regardless of the claims of critics and musicians, it’s increasingly rare to find a band, producer or collective that does something unique. While plenty of artists are capable of breathing new life into ailing genres, or drawing together disparate influences to create intriguing musical fusions, very few manage to produce work that not only defies easy categorization, but also leaves you desperately searching for a coherent explanation for what you’ve just heard. 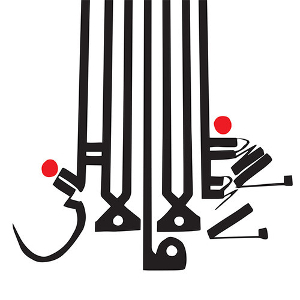 These kind of jaw-dropping moments are rare. Even artists famed for doing their own thing and consistently pushing boundaries are usually consciously building on the work of others, whether its music that inspired them to take up production, tracks they’ve heard on the radio, or current musical trends. It is, of course, natural to draw on influences during the production process; in fact, it would be much more unusual if you didn’t.

Shabazz Palaces, then, are something of an anomaly. Musically, their peculiar brand of out-there, intergalactic hip-hop is hard to pin down and even harder to accurately describe. Furthermore, mic man Ishmael Butler – who famously earned his stripes in mid-90s jazz-obsessed hip-hop combo Digable Planets – seems to relish the confusion. He struggles to explain himself in interviews – or, more likely, chooses not to – instead giving rambling, slightly cosmic responses that often pose more questions than answers. This recent interview with Hypetrak is a good case in point. When asked to explain what Shabazz Palaces are trying to do with their music, his explanation is in turns confusing and contradictory.

In some ways, it doesn’t matter; what matters is the music, and in that regard the Shabazz Palaces sound is overwhelmingly out-there. It barely conforms to standard hip-hop blueprints – despite the presence of tapped-out MPC rhythms, crunk-influenced beats and Butler’s Q-Tip-esque vocals – but it doesn’t really sound like anything else in particular, either. Their debut album, 2011’s Black Up, impressed and confused listeners in equal measure; fans praised its’ unique blend of glitchy electronic textures, blazed hip-hop atmospherics and pulsating, sci-fi synthesizers, while reviewers either loved it or hated it. Perhaps it’s unsurprising that it divided opinion: there’s nothing about Shabazz Palaces that is straightforward. Really, though, their sound isn’t that revolutionary. As this secopnd album for Sub Pop proves, Butler and collaborator Tendai ‘Baba’ Mariare are more than adept at making music that’s accessible and entertaining. That said, it still sounds like it was beamed down from some distant part of the galaxy, or recorded several miles beneath the surface of the Earth’s deepest ocean.

The key to the success of Shabazz Palaces, and Lese Majesty in particular, is the combination of spacious production – despite dense layers of vintage synths, heavyweight basslines, blazed sonic textures and multi-tracked vocals – with Butler’s own distinctive brand of delay-laden rap mysticism. He’s something of a poet, all told, and there are gems of wisdom hidden deep within his stoned, claustrophobic flows. Whether they register depends on how hard you listen; given the all-enveloping nature of the production, it can be hard to pick out exactly what it is he’s saying.

In some ways, it’s irrelevant; half the time, he appears to be arranging meetings “high in the stratosphere”, or attempting to explain his unusual worldview. Musically, the album fizzes with ideas. The immersive production is spacious and delay-heavy, with reverb-laden vocals, fuzzy synthesizers and alien electronics adding to the cosmic aural soup. At times, such as on closer “Sonic MythMap For The Trip Back”, it’s these fluorescent, far-out synthesizers that take centre stage. At other times, such as on the footwork and crunk influenced dancefloor pulse of “#Cake”, they merely serve to add texture to Butler and Mariare’s curious soundscapes.

The more you delve into the duo’s unusual sonic palette, the more you find hidden layers and barely credited influences. Opener “Dawn In Luxor”, for example, is straight-up intergalactic ambience, while follow-up “Forerunner Foray” and album highlight “Motion Sickness” sound like A Tribe Called Quest jamming on the moon. It’s a prime chunk of conscious, stargazing hip-hop complete with melodic touches and sturdy, MPC-driven rhythms.

There are unusual instruments – jews harps, harmonicas and what sounds like traditional Indian instrumentation – buried deep in the mix on tracks such as “Harem Aria” and the dubwise “Solemn Swears”. Then there’s the Sun Ra-ish quality to the jazz-soaked “Soundview” and the Outkast-on-Ketamine feel of “Mindglitch Keytar Theme”. And that’s before we even get to the dirty south-goes-to-Venus flex of “New Black Wave” and the frankly inexplicable deep electronics of “Divine of Form”.
You get the idea.

Suffice to say, Lese Majesty is an album without precedent – Black Up excluded, of course – and one that primarily makes sense in context. It should be devoured in its’ entirety, and listened to from start to finish Just as Butler and Mariare intended. You may or may not love it: personally, I think it’s one of the most interesting labums of 2014 to date.