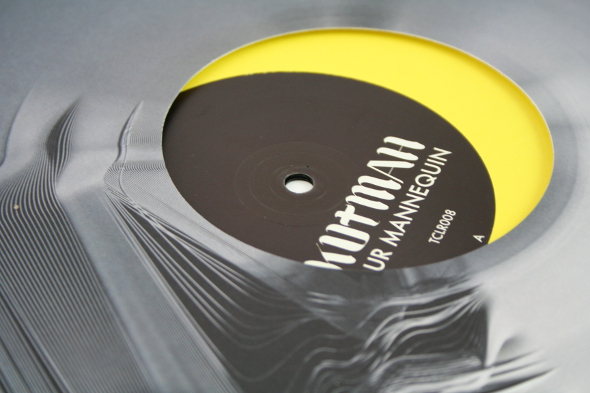 Is it possible to truly be depressed in Los Angeles? Sure, there’s the agonizing traffic, omnipresent smog, and smoothies with baffling $14 price tags, but traditionally, it’s a city that gets portrayed as a slacker’s paradise – days spent surfing and getting stoned, nights spent hiccuping down the boulevards shaded by palm trees. This wasn’t true for Brighton-born, half Egyptian, half Scottish producer Kutmah, who had his door randomly kicked in several years ago by armed federal agents, and imprisoned him for two months on immigration-related charges. 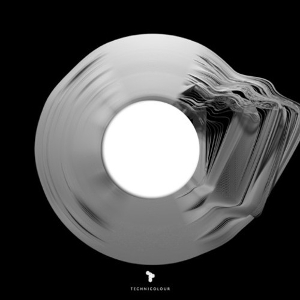 Prison is horrible, but California prisons are a special kind of awful; they’re so overcrowded that a recent supreme court ruled the cells as cruel and unusual punishment to inmates, claiming they were “incompatible with the concept of human dignity”. Considering this as the backdrop which preceded the creation of Our Mannequin, it makes a lot more sense why Kutmah’s work falls outside the range of most hazy, dreamy stoner-beat LA-based dance productions. In fact, a press sheet accompanying this rare release on London’s Technicolor label states that the multifaceted artist “locked himself in a room” during the creation of Our Mannequin, returning to those ideas of incarceration and isolation. Though it draws inspiration from now extinct Goth clubs like Kontrol Factory, it’s less about communal connection and more a space where dancing replaces speaking.

Opening track “Noise in my Brain” leads with an immediately punchy morse-code electro line – quite obviously Kraftwerk and Autechre influenced, but imbued with that lazy Los Angeles leftfield drawl – a Goth teen wearing pink Rayban shades.  When a pitched down voice reminiscent of grim German synth-wave poses the question “Where shall I go tonight?” it’s just as much the question that Kutmah could be asking himself. Though previous efforts have established Kutmah’s proficiency at doing things fast & hard (such as his collaborative horror core trip hop mix CD alongside Gaslamp Killer), “Noise in my Brain” is the closest to a whooshing sugar rush that we get on this record. Fortunately, some of the album’s greatest moments come in the downtempo pieces, such as the Zackey Force Funk accompanied “Tranzition”. While a frozen, metallic Autechre influenced bump knocks in the background, LA’s Zachary Hose spits lingering monologues and falsetto-pitched harmonies overtop, sounding like a collaboration between Egyptian Lover and David Lynch.

However, the magnificent and recently-very-prolific Seven Davis Jr. manages to one-up Hose on the subsequent track “Agalmato”, which takes on a jaw dropping beauty – sounding ethereal and genderless, he delivers two and a half minutes of vocal harmonies so alluring that they could serve as theme songs to emerging cults of 2015. When I spoke to Davis back in March, he was adamant about his work being diverse; but this production sounds so otherworldly for both Kutmah and Davis that when it abruptly cuts out without warning, you’re bound to reach for the needle to experience it again. The rest of the record features other highlights – “Coprolalia” is like Kenny Dixon Jr’s monologue in “Freeki Mutha F cker” pitched down to a demonic groan, and “Amargossa” alternates between lashing pulses of electronic noise and the fragility of gently plunked glassware. “Leaving” plays it relatively safe to the rest of the record, but places a wall of cascading static behind every note, drowning the pulsing chords in layers of fuzzy distortion.

Kutmah vaguely hints that this EP “represents the third member of a relationship” – and though this writer has no idea what he’s talking about after multiple listens, it’s certainly true that the best productions Kutmah has created to date weren’t done in complete isolation – Zackey Force Funk and Seven Davis Jr’s work here provides the emotional core of the record, breathing emotions and life into its stiffer moments, and it’s interesting to note that both artists come from LA, the location Kutmah remains exiled from to this day. It’s proof that California can be soul-sucking, human-rights-violating and isolating, but, despite it all, still a pretty beautiful place at the same time.

A1. Noise in my Brain
A2. Tranzition feat Zackey Force Funk
A3. Agalmato feat Seven Davis Jr
B1. Coprolalia
B2. Amargossa
B3. Leaving