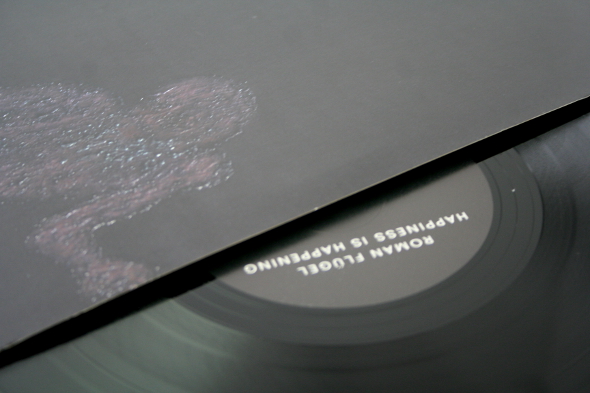 For an artist that has been prolific since the 90s from underground experiments to chart topping festival bangers, it was remarkable how much Roman Flügel’s first album under his own name, 2011’s Fatty Folders, affirmed his reputation amongst the upper echelons of electronic auteurs. It was perhaps one of the first chances to hear the German mainstay cut free of specific conceptual motives (from the refined minimal house of Roman IV to the rabble-rousing techno of Alter Ego) and deliver an album that seemed to come from a more personal artistic mindset. There was still a strong narrative to latch on to, but the expression within the music seemed to come from a more heartfelt place. 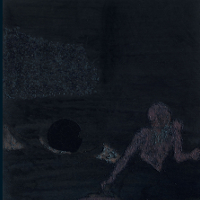 On this follow-up for Dial, there is a similar tone of meaningful composition and introspective atmosphere, even if the execution has switched stance. It’s understandable, as Flügel has hardly been a one-trick pony over the years, and to hear him repeat the organic intricacies of Fatty Folders would feel something of a cop out. Here instead he employs a strictly mechanical inventory and sets his hardware off in balletic configurations on a quest towards melancholic techno perfection.

It has been a thriving time for blue-hued, deep-reaching machine music of late, but Flügel brings that essential twist to set his approach apart from the crowd. The whispers of indie rock that strike a chord through the course of album opener “Connecting The Ghost” give a different kind of thrust to the soaring new age delights, while “Wilkie” sports a throbbing synth pop motor to buffet along it’s ethereal pads and delicate chimes. Indeed delicacy is the defining quality on Happiness Is Happening, which links the album neatly to its predecessor.

It’s not all gentle niceties though, as “Stuffy” demonstrates with its gritty, fractured electro drum set, while “Parade” weaves some lurid rave swells into its own linear machine funk groove. Even in these moments that overriding sense of starlit wonder worms its way in, manifesting itself in spiritual melodic motifs that offset the rougher elements with poise. There is also a healthy amount of textural character that allows these tracks to ascend the trappings of standard ambient techno, from the grainy chimes in “Your War Is Over” to the blissful, flange-soaked sweeps in sunrise soul-stirrer “We Have A Nice Life”. Some of these treatments speak again to the indie influences that Flügel brought to this album, and although they move in very different spheres there’s a note of M83’s crossover tendencies that lingers in certain corners.

There’s no denying that Happiness Is Happening is tied to Fatty Folders in terms of its mood, making perhaps the only conceptual signifier to bear influence over the album. Still though it feels like a gentle, finely balanced amalgamation of personal influences that hangs together remarkably well. Beyond the subtext, it’s quite simply a joy to listen to, easy on the ears and intriguing to the brain. You couldn’t ask for more from a listening experience.