Slip into the unconscious mind with Vessel 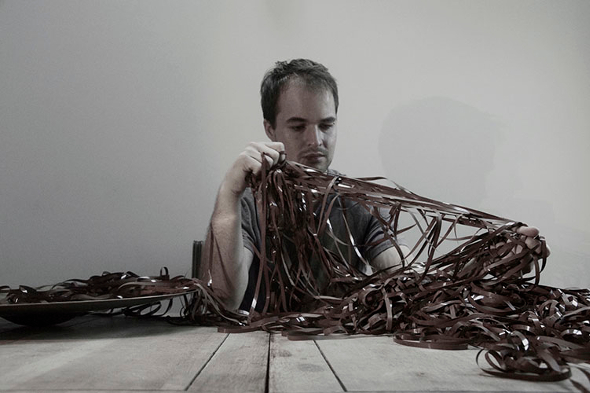 Fresh from confounding the assembled Tresor crowd by dropping some Moondog at 6AM during Killing Sound’s DJ set last weekend, Vessel returns to the content trail with a further nugget plucked from his upcoming second album. Much like the “Red Sex” track that was unveiled along with the announcement of Punish, Honey, Tri Angle have wisely chosen another album cut that conveys the new organic direction Vessel has gone down in the form of the Carl Jung-referencing “Anima”, which can be streamed below.

Having had the oppurtunity to listen to Punish, Honey several times, what intrigues us is how Vessel plans to translate the music to a live setting and there will be a chance to quench that curiosity with the revelation he’s set to perform at the Tate Britain in October as part of their Late at the Tate season. Due to take place on Friday, October 3 in the museum’s 1840 Room, Vessel will actually be collaborating with Liverpool-based performance collective Immix Ensemble, with the bespoke instruments the Young Echo member created for the album’s conception played live.