Win tickets to Optimo + Numbers at The Last Big Weekend 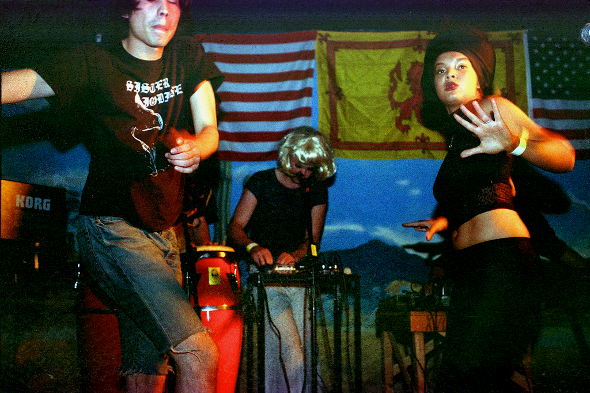 We have two pairs of passes to the Sunday event in Glasgow featuring Golden Teacher, James Murphy, Jeff Mills and Jackmaster.

The Last Big Weekend takes place in Richmond Park later this month and, as the name suggests, draws a line under the inaugural programme of events from The East End Social collective, a community-based endeavour set up by Chemikal Underground. Whilst the Saturday line-up curated by Mogwai is impressive enough, it’s the Sunday event overseen by two of Glasgow’s most venerated clubbing institutions in Optimo (Espacio) and Numbers which is likely to have readers of Juno Plus excited.

Naturally the all-day event features DJ sets from both Optimo pair JD Twitch and JG Wilkes as well as Numbers figureheads Jackmaster and Spencer, but they are slightly overwhelmed by the presence on the line up of two of the great J’s of electronic music in Jeff Mills and James Murphy. The diverse delights of Hudson Mohawke, Shangaan Electro don Nozinja, Optimo Music supergroup Golden Teacher (pictured above) and the sugar sweet yet divisive SOPHIE round out the programming which seems like a suitably grandiose way for The East End Social debut year to draw to a close.

To be in the running to win one of two pairs of tickets to Sunday’s festivities, all you need to do is correctly answer the question below. The competition will run until 12pm on Tuesday, August 26 with the winning entrants notified via email shortly afterwards. 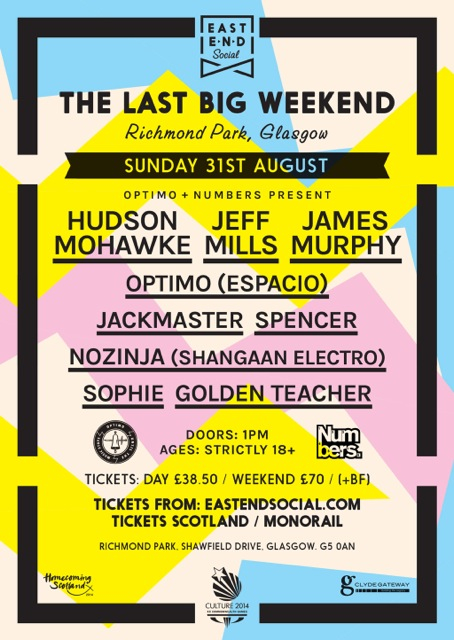