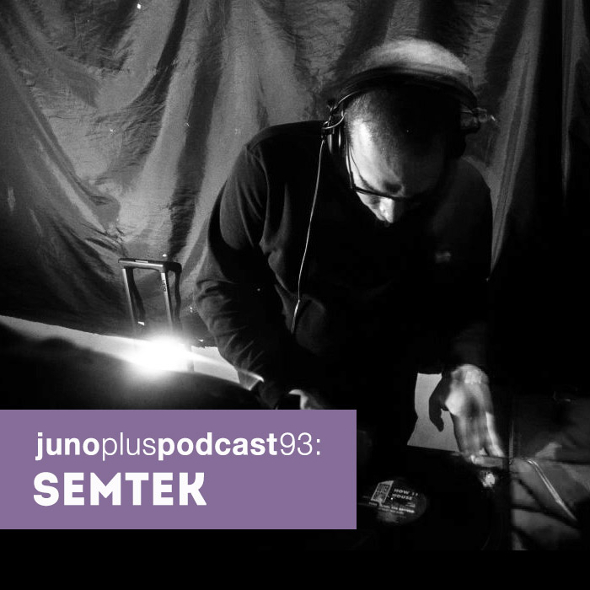 The Don’t Be Afraid bossman steps up for a 70-minute selection covering hip hop, boogie, electro, beatdown and a whole lot more.

In an ever swelling mass of identikit ‘deep’ house and techno labels, Don’t Be Afraid continues to stand out and live up to its name and you have to credit the passion and hard work of founder Benji ‘Semtek’ Lehmen for this state of affairs. Originally establishing the label as a platform for his own productions as Semtek, Don’t Be Afraid has really prospered since it took on a broader scope, working with an increasing pool of artists across its various subsidiaries. Lehmen’s musical tastes have introduced the record buying public to a lot of excellent producers – Mr Beatnick, Photonz, Disco Nihilist and MGUN are four such artists that have helped form the label’s identity.

The label was rightfully wedged amongst our top picks of 2013 thanks to a stellar run of releases that included MGUN, Alis, Halvtrak, Neville Watson, Farah, Disco Nihilist, Adjowa and DBA mainstay Mr Beatnick. This year has found Don’t Be Afraid pull back from the spotlight somewhat, though the debut of UK techno’s elder statesman Mr G demonstrates the cachet Semtek’s label now brandishes, whilst the upcoming record from Glaswegian deep techno pair CEOL shows DBA are not concerned with fad or trend.

As we have been strong supporters of the Don’t Be Afraid cause for some time, it felt only right to invite Semtek to contribute a mix to our podcast series and the resultant 70 minutes feels like a true reflection of his diverse tastes. Don’t expect a dozen new releases pulled from the shelves of a record store; instead Benji has dug deep through his collection for a finely mixed selection of new and old tracks that works wonders on a decent set of headphones.

Hi Benji, how are things?

You recently decamped to Bristol how is that going for you?

Bristol feels like home to me. I’ve been very lucky in meeting some great people down here who share the same kind of attitude I have to music.

I presume there’s a noticeable change of pace and attitude to London?

It’s a bit smaller. I prefer that.

Thanks a lot for doing this mix, how was it put together?

It was recorded in one take, last Thursday. I knew roughly which tracks I wanted to have on there but the final piece didn’t turn up until the night before I submitted. It’s called Visions Of A Deep Web on R-Zone. Chris put it on in Idle Hands and it sat perfectly with the other tracks I had picked out to play so I laid the mix down that night.

What were your motivations behind what is quite a diverse selection?

I was keen to do something more than just a house and techno mix, but other than that there was no particular plan.

I have owned that record for almost 20 years. It was one of the first LPs I ever bought.

In terms of your own productions, there have not been any Semtek releases since the Nagual EP for the Broken_20 label last November, do you have anything planned?

Good question. I do have plans but I’m not ready to share them yet.

Let’s move onto Don’t Be Afraid, you celebrated four years as a label back in February, are there are specific moments or releases that stand out for you?

I finished this mix with the Mr. Beatnick remix of “Idiotland”, which is the first thing he did for DBA. All three of his releases felt like defining moments for us. The same is true for the MGUN releases. The Alis release is a special one for me as well, it felt like a real curveball at the time but in the context of what is happening today it makes perfect sense.

Where did the name actually originate from? It’s a pretty apt one.

It comes from a sample in an acid house record.

What advice, if any, would you give to someone looking to start their own label?

You’ll never stick to any of the things you set out to achieve so just try to enjoy it while it lasts.

Are there any other labels right now that are inspiring you to do better?

There are lots of labels I admire but I try actively to avoid emulating any of them.

It seems like you’ve wound back the release schedule for Don’t Be Afraid this year, was there a specific reason behind this?

Not really. We have been affected by delays at the pressing plants, and that situation doesn’t look like it will improve any time soon. It’s a complex process though, manufacturing a record. It takes time.

You have a release from CEOL next up, how did you come to scoop them up?

Domenic Cappello used to record as Hutton Drive and I was always a big fan of that material. It just so happened that him and Lee Duncan had been working on some tracks together and I really loved what they were doing.

I spied that you’ve also secured some material from Doubt, the US techno producer. Can you talk about that yet?

There will be a Doubt 12” out in October on DBA, yes. The title is Poor Dog.

And what do you have planned for Don’t Be Afraid as it edges towards its fifth anniversary?

I’ll just be happy if we’re still here doing what we (sometimes) do best at that point.