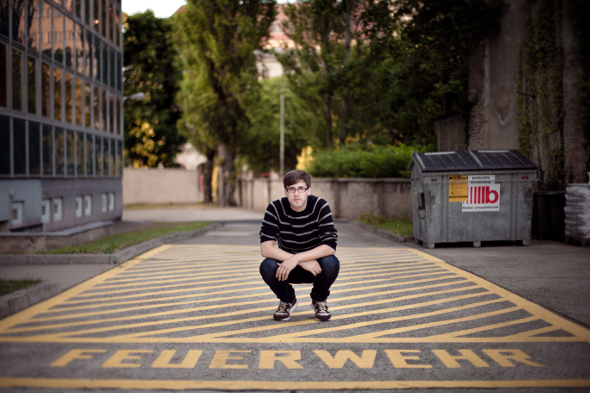 The third release for the Uncanny Valley sub-label this year will come from Jacob Korn.

In 2012 Uncanny Valley launched their shtum sub-label as an outlet to release what they call “proper techno and raw house” with its first two releases coming from Monomood and Kryptic Universe. So far this year shtum has released two records from the Hamburg-based and Crème Organization affiliate Yør and emerging Leipzig producer Leibniz, and now Uncanny Valley regular Jacob Korn steps up to the plate with an EP of stabby, club-ready drum tracks “to celebrate his old but not forgotten love for dark and bleepy Techno.”

Jacob Korn, who released his debut album You & Me on the Dresen-based label Uncanny Valley several years ago, is more commonly associated with a colourful, funky and playful approach to house music. Korn’s shtum 005, then, may come as a sonic surprise to some of his his usual audience, although a press release explains this EP’s origins date back to the 1990s when, “Jacob used to work with a MS-DOS based software sequencer called FastTracker,” a program they say is like “programming beats with Excel”. Take a listen to the generous 11-minute preview of the entire EP below.