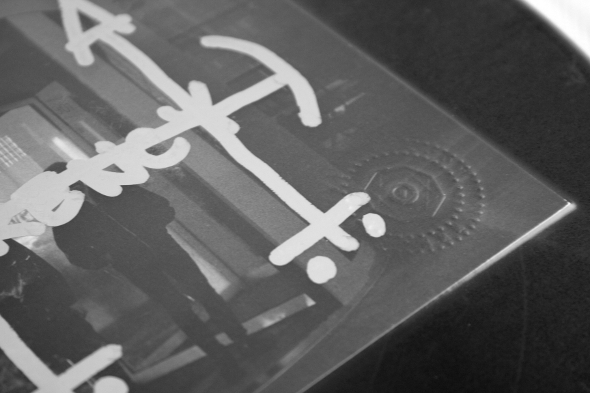 When Italian trio One Circle first appeared on left_blank last year with Flight To Forever, it was difficult to know where to place their music. Brandishing an experimental sound somewhere between abstract dubstep and melodic Border Community-style techno, the trio’s hard-edged yet woozy sound could perhaps be best loosely described as “trance”, something that makes sense in relation to the respective solo projects of its members. Lorenzo Senni for example made an album of “deconstructed trance” for Editions Mego, Vaghe Stelle is becoming increasingly known for his lysergic high definition melodies, while soundtrack composer A:RA arguably added a touch of baroque atmosphere to their sound. 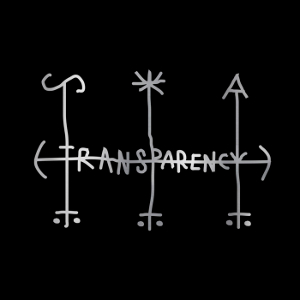 Of course One Circle’s music is not trance in the ‘hands in the air’ sense, but something much more psychedelic, and much like James Holden’s recent hypnotic modular compositions, One Circle’s music feels alive and artificial in equal measure. Their take on this aesthetic wasn’t always successful on Flight To Forever, where occasionally crowded structures left little room for their music to breathe. Whether by accident or design, Transparency feels like a very apt name for One Circle’s second EP, which creates new windows between their previously busy rhythms.

The title track is a prime example; glassy enough to see right through, it’s also shot through with glints of neon light refracting through cracks in the surface. “Render” meanwhile is a track whose lumbering beats and mechanical clatter have much in common with the recent material of M.E.S.H., though One Circle’s circuitry is plugged into an underlying hive mind of sentient organic matter. You wouldn’t call any of it club music, but the music of One Circle is arguably designed for soundsystems. “Alien Rave” offers the best of both worlds, held together with a loose lattice of diamond-edged beats, through which a digital panorama of nebulous cosmic matter unfolds.

If all of this sounds a little over the top, that’s probably because it is. One Circle aren’t a trio who play down the more emotive aspects of their music, and the prickly arpeggio and haunting piano of “Alpha Composing” are draped in self-conscious melancholy, coming across like a hypnagogic take on William Orbit’s experiments with classical music in the ‘90s. “Live In Your World Play In Ours” however makes the connection with trance much more explicit. Opening with two minutes of rubbery glitch and wiry beats, the swelling chord progression that appears at the halfway point is a contemporary trance moment as emotionally loaded as Holden’s remix of “The Sky Was Pink”. While it’s often only a short hop into parody from music as emotive as this, there’s something just weird enough about One Circle that keeps them on the right side of the line.

A1. Transparency
A2. Render
A3. Alpha Composing
B1. Alien Rave
B2. Live In Your World Play In Ours