In the early days of digital downloading, some net labels used to release vinyl versions of tracks that were popular online. While the same approach does not apply to Avian’s re-release of Auto Body – originally available as a limited cassette edition of 42 copies on Hospital Productions – it does nonetheless raise the question about whether increasing numbers of cassette-based releases will eventually make it onto wax. 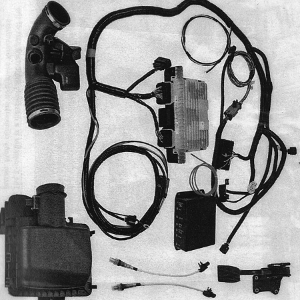 Part of the dilemma is cost; it is considerably more expensive to press a limited vinyl run – and on that point, Shifted’s label Avian has to be commended for putting its money where its mouth is – but the type of music released on cassette is also a factor. Matthew Folden’s Dual Action isn’t the kind of record that sits easily into a meat and two veg techno DJ’s bag and only the most adventurous or foolhardy DJ will play it. For that reason too, Avian deserves praise.

Tracks like “Oil on Asphalt” and “Suncoast 69” consist of little more than atmospheric textures and drones, muffled voices and even some pagan chants. “Automotive Sex Club” could be a recording from within an S&M club, featuring drums that recreate the lash of a whip, accompanied by the gurgle and split of fluids and emissions, the primeval grunts and screeches of the pained and pleasured, and midway through a disturbing rant from the main protagonist in the master-and-servant fun and games.

There are some concessions towards techno conventions on “Body Automatic” and “Body Complete”. The former sees funereal, distorted beats and panning claps supporting wave upon wave of murky, eerie textures and grinding noise, while “Body Complete” sees Folden up the tempo. Jagged, skeletal percussive bursts are copper-fastened to a rickety rhythm that sounds like the Psychik Warriors ov Gaia jacked up on amphetamines. It may not an easy release to sell, but Avian certainly deserves praise for trying.