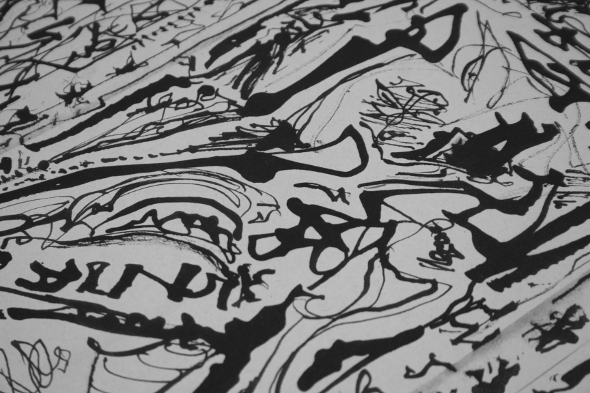 With the usual lack of fanfare that accompanies Shackleton’s missives on his own Woe To The Septic Heart! imprint, here a new series is birthed with no specific outline of theme or concept, other than the title Deliverance. Whether it conjures up some kind of spiritual salvation or an ill-fated back-country expedition is entirely in the mind of the beholder, and there’s no doubt the man at the controls would prefer to keep it that way. Instead, we’re left to draw conclusions based on nothing but the music, and as ever the musical evolution of one of dubstep’s true auteurs finds him progressing gracefully, following the thread set out by the Drawbar Organ EPs and this year’s previous Freezing Opening Thawing while avoiding the trap of repeating the same trick twice. 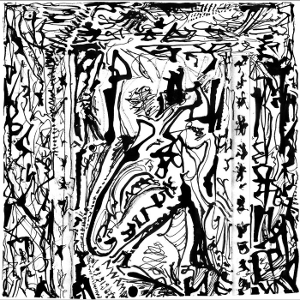 “Beat His Command” works around a tightly wound intersection of rapid fire synth lines operating alongside each other in a polyrhythmic Capoeira that courses through different dramatic scenes like a precarious mountain railway line. The same melodic phrases call out even while the device speaking them may shift depending on the setting. Of those settings, often the switch between them is startling without any clichéd notions such as build-ups or breakdowns. Instead a tense and slightly anchorless moment may be sideswiped by a sudden upsurge of thrumming sub and whiplash percussion, or plunged into the loaded atmosphere of an ecclesiastical choir chant, or flown over a rocky plain dotted with puffing geyser tones.

It’s hard not to be drawn into stretched analogies and evocations when burrowing ones critical head deep into a Shackleton track, as the full-frequency blast of his creative vision rushes into your ears. He’s always delivered more than just simple bass music, but in the early days the bottom end was dominant enough to inspire a more meditative emotional response. With the bright and wild sounds that burst from his contemporary productions, the dark and murky pictures of old have been splashed over with gaudy daubs of colour powerful enough to make your third eye squint.

“Vor Und Zurück” is no less startling to behold, not least when its hair-raising intro finds tightly clipped choral vocal ahhs calling out an ear-snagging melody as the track drops down into a rich swirl of glimmering patterns and booming bass tones. It’s a nerve-shredder to be sure, not least when this opening salvo meets with an over-bearing, buzzing tone that heralds the introduction of the chirpy lute synth, which in turn invites the snapping snare-esque percussion of “Beat His Command” back in for another round of angular beat work, which falls into a glorious Game Boy meltdown of musical phrases, only to be swept up by… you get the picture. The journey never stops twisting and surprising although it never feels disjointed, and it always presses on urgently without a whisper of being hurried.

Contradictions are part of Shackleton’s musical DNA, here as much as anywhere, from the delicate touch of his sound design to the immense heft of his production, or the playful glee of his melodic constructs versus the complete seriousness of the creative whole. At this point it feels churlish to rate this release amongst the canon of his work, as it simply continues the peerless progression towards an unimaginable next move. It’s best not to try and picture what comes after; it would be much wiser to just wait and see.