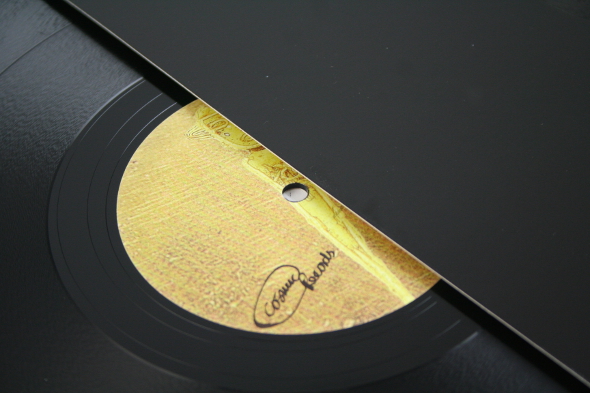 The ‘Detroit-Berlin alliance’ was a term used in the title of an early ’90s Tresor compilation to describe the connection between the two cities’ techno communities. Arguably, the same term could be applied to London due mainly to Lost’s nights and labels. Steve Bicknell and Sheree Rashit were booking Detroit DJs like Jeff Mills and Robert Hood from the early ’90s onwards for their parties. In a metropolis where every few months heralds the arrival of a new micro-genre, it’s impressive that Lost has remained a go-to event for electronic music artists from Detroit and Chicago for the best part of a quarter of a century. 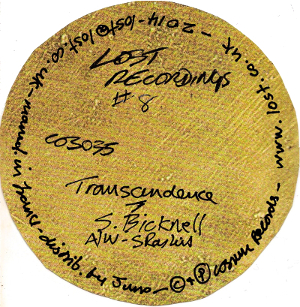 Bicknell, who is also the club’s resident DJ, occasionally steps from the shadows to release music. While his catalogue is compact, it is home to a genuinely challenging take on techno, including the brilliant No Hats Required release as The Evader in 1994 (reissued a decade later). As its title suggests, no hi-hats were used on the tracks, with Bicknell’s primal rhythms working on the basis of their sheer bowel-shaking ferocity.

Transcendence is the first release from Bicknell in the best part of a decade, but it shows that he hasn’t lost his lustre. Featuring four untitled cuts, both “A1” and “A2” focus on rippling, muscular basslines, murky rhythms and relentless percussion – crashing snares and rasping hats – bubbling under the surface. They are exactly the kind of heads-down, no-nonsense tracks you’d expect to hear in Lost’s main room, but flip the record and Bicknell delivers something radically different.

“B1” enters the (head)space Jeff Mills explored with his Something in the Sky series, as bleepy subsonics explode like a hail of meteorites over a grainy, albeit slower, rhythm. Then there’s “B2”; over a grungy and rugged groove, Bicknell lets loose with wave upon wave noisy electronic textures. Like Jamal Moss getting it on with British Murder Boys, it consolidates a long-standing relationship and welcomes back one of UK electronic music’s unsung heroes.