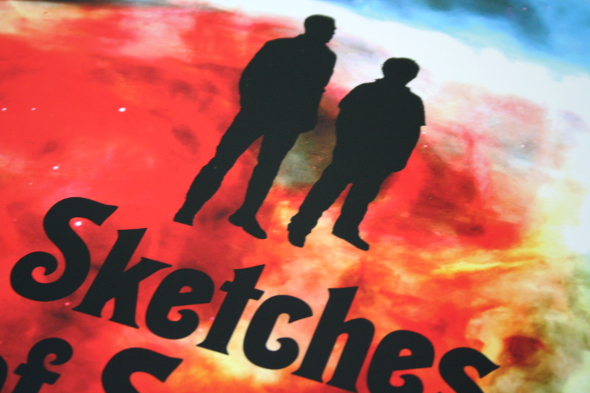 The over-arching concept of Sketches Of Space feels like something of an inevitability. It’s perhaps the only time either Aybee or Afrikan Sciences, or indeed the Deepblak label as a whole, has served up something which can inspire sage, expectant nodding or some kind of internal “but of course” monologue, being as they are a creative force in electronic music that revels breaking new ground and plunging into the unexpected. Jazz and its boundary-less fringes has always served as a motivational point for Aybee and co. and yielded results both exciting and challenging along the way, and for this latest release they impart three years worth of live, improvisational jams undergone with the spirit of Miles Davis in mind. 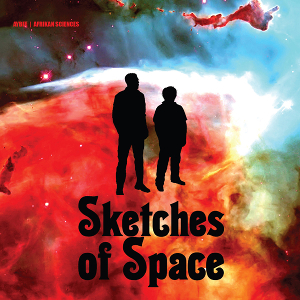 The accompanying blurb is keen to stress that this is not a ‘tribute’ album or indeed a jazz album, but that is apparent from the off and such a move would seem somewhat crass and unimaginative for such artists. Instead while listening to Sketches Of Space we should consider and appreciate the vital contributions Davis made, not least when he hit his electronic phase with such seminal albums as On The Corner, and wonder where else such uncompromising adventure might lead music in modern times.

The whole of this album screams ‘live jam’, catching itself in particular patterns or phrases for protracted periods of time as jams are often wont to do, and that alone can make the listening experience heavy going. Fortunately, the kind of drum arrangements and melodic licks that both Aybee and Afrikan Sciences reach for tend to be off-kilter enough to keep the mind from drifting listlessly. In that sense, where jazz once sent its most gifted and inspired players off into hyperactive blasts of rapid-fire modal melees that tested the uninitiated, electronic music now revels in the transcendental qualities of repetition. The second part of the “Deep East Suite” (subtitled “Response”) is a prime example of this as a messy synth refrain worms its way through your cerebellum tirelessly for fifteen minutes while around cities and forests of percussion and texture rise and fall. It’s merely a question of whether you submitted yourself to the ride or not.

It’s not all quite so drawn out and strung out as that though, as shown on “K-Fetisch 01 (Kosmo Bahn)” with its languid, fluid unfurlings of atonal keys, grinding guitar drones and fanciful drums skitterings coming on like the wildest end of Detroit house falling apart at the seams. It’s not a comfortable ride and it has no interest in peaks or troughs, but it locks the mind in from the start and never stops coursing ahead through a wild and unfamiliar landscape.

The opening track, the first part of the “Deep East Suite”, is perhaps the most lively, capturing the start of a jam when the mind is scatty and open, limber enough to trigger new ideas quickly and loose enough to take a punt. By the second and third parts, the players have locked in, and the changes come on slowly and subtly so as to build a greater whole and there is no reason to applaud one phase more than the other. It can’t be denied though that there is a thrill in hearing the impulsive splurge of noises, beats et al that comes through in that opening section, playful and energetic without ever feeling trite.

There is always a question over engagement with music of this nature. On one approach you can furtively burrow deep into the music, picking out the nuances and marveling at the detail in amongst the madness. In a different frame of mind you might let go of the reins and let the natural flow of the sound take over unconsciously. There’s a certain patience that goes with either such discipline, and after all this isn’t simple pop music. Be thankful then for artists like Aybee and Afrikan Sciences as much as legends such as Miles Davis, who chose not to use music as a base gratification for themselves and others, but instead sought to cover new ground and do something interesting to your synapses.