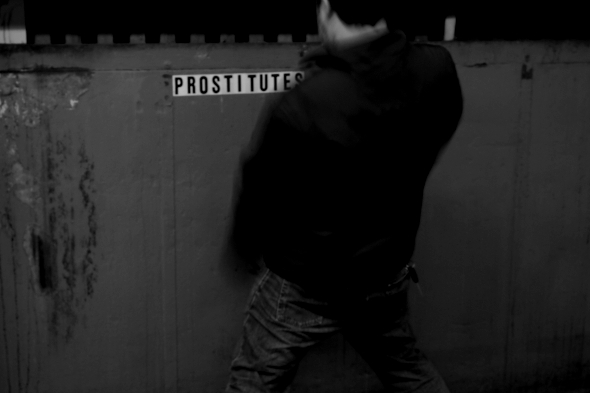 Since debuting as Prostitutes in 2011 on his own StabUDown label, experimental noise and techno artist James Donadio has fast become a figure to rival Boris Bunnik and Danny Wolfers in the Juno Plus rankings of most prolific producers. This year alone has seen Donadio add two EPs on Avian’s Mira sub-label and an album for John Elliott’s Spectrum Spools label to a discography that already includes Diagonal, Digitalis and Opal Tapes, and now details have emerged of a debut for UK experimental label Night School.

Donadio is perhaps not the most obvious candidate for a release on Night School, whose discography is comprised of artists creating more vocal-based experimental music. Nevertheless, Donadio’s singular sonic fingerprint should be quite at home on the label, with the five-track Nouveauree EP described in a press release as Donadio having “warped and stripped his palette to create a juddering force majeure.” The label also suggests a break with his recent work, with Nouveauree providing “a purge, a palette cleanser,” comprised of “a slab re-formed white-noise, bass-heavy kick drums and searing, improbable sampling.” Those looking for a taste of the EP can listen to “Hate’s In The City” below.

Night School will release Nouveauree EP on 12″ vinyl on September 8.