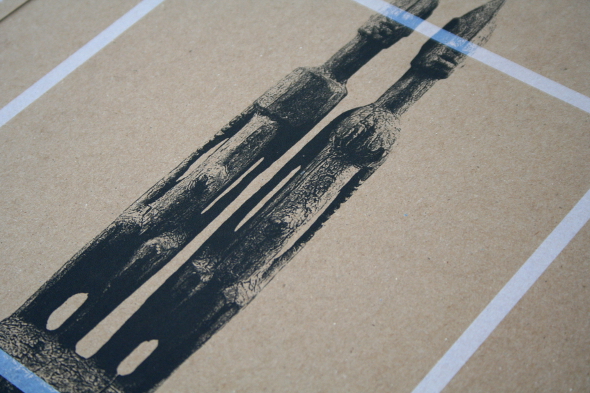 Wandering around the hallways of the Brooklyn Museum back in 1973, Craig Leon’s eye was caught by a series of sculptures from the Dogon of the Republic of Mali, a tribe whose stargazing artistic culture focused on imagining what otherworldly life might look like. Humanity has always been curious about what other life exists in the Universe, but that sentiment was especially potent in the mid-70s. During this time, Leon provided production chops for a series of artists who distorted the concept of what pop music could encompass: a then-emaciated and often shirtless Richard Hell, Blondie, the Ramones, Suicide. They were all extraterrestrials in their own right, and hearing their feedback-laden tracks on the radio must’ve been as shocking to some as hearing the 1938 broadcast of War of the Worlds and thinking that aliens had actually landed. 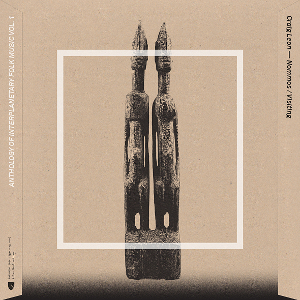 Around the same time that the Voyager spacecraft was shot into orbit loaded with a vinyl record full of Earth’s sounds, Leon retreated into a Texas studio for a week to reflect on the opposite possibility – what would music sound like if handed down from an ancient alien species to us? Constructed from enough analogue equipment to give electricians a nightmare, Leon immersed himself among Oberheim OB-Xs, Roland JP-4s, and Arp 2600 synthesizers using a prototype of the LM-1 drum-machine to make his galactic opus, Nommos and its 1982 successor, Visiting. Both volumes are now over 30 years old, but released as a single piece of work on RVNG Intl.’s archival series (accompanied by two hefty cosmic essays), they sound just as futuristic and removed from our solar system as ever.

What immediately grabs this writer about Leon’s music is how it’s equal parts warm and cold. “She Wears a Hemispherical Skullcap” and “One Hundred Steps” both channel the same sunny cosmic chug that Severed Head’s “We Have Come To Bless This House” employs, something that fans of DJ Harvey and the Sarcastic Disco parties will surely pluck their ears at – music that might get played at a Precambrian fashion show. However, Leon is just as comfortable in the realm of obtuse electronic industrial rhythm, and those who take inspiration from Powell’s abrasive tetanus-techno will find more in common with “Four Eyes to See The Afterlife” or the buzzsaw-esque tonal vibrations of “Ring With Concentric Discs”.

While “Donkeys Bearing Cups” imparts anxious melodies and stomach-churning shifts that are as aggressive as a gale force wind, Leon’s work here sounds much more engaged with inspiration, belief and expansiveness than destruction – so much so that “Region of Fleeing Citizens” is characterized by an upbeat tambourine clap to it that undermines the potentially sinister nature of the track’s name. Despite the heavy reliance on analogue equipment, Anthology of Interplanetary Folk Music Vol. 1 could be the type of music that you listen to around a campfire – a work that draws much more from Nelson Mandela’s Favorite African Folktales than from dystopian alien flicks like John Carpenter’s They Live.

While there’s plenty of proto-industrial drone in Leon’s catalogue, what really distinguishes these records are how hopefully they embrace the possibility of extraterrestrial contact – viewing it as something awe-inducing instead of a sentiment grounded in corporeal terror. Much like the final scene of Gareth Edwards’ movie Monsters, where we see the creatures we’ve been explicitly instructed to fear throughout the whole movie share a tender moment of intimacy outside a desert gas station, Leon’s work frames contact with the otherworldly in a way that we’ve never considered.