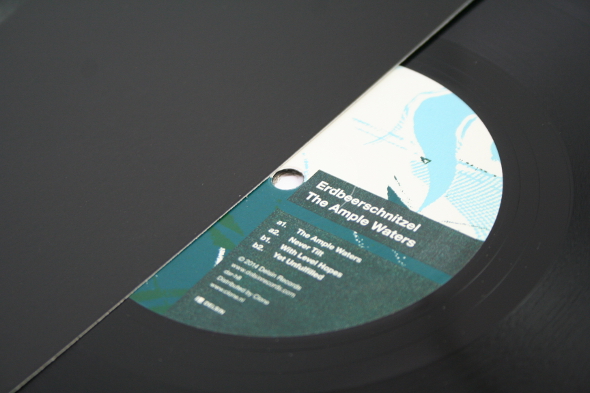 Since delivering his eccentric and slightly too eclectic self-released debut album Pathetik Party back in 2009, German producer Erdbeerschnitzel (AKA studio don Tim Keiling) has settled in to an effortlessly soulful, sun-ripe groove. While his productions are rooted in deep house, his tracks regularly doff an oversized cap to dreamy instrumental hip-hop, swinging broken beat and off-kilter modern soul, with vibrant synthesizers and hazy, cut-up vocal samples adding texture. The results, as seen on a swathe of fine EPs for 4Lux, Third Strike and Mirau, amongst others, are rarely less than impressive, with tracks veering from claustrophobic, all-enveloping deepness to the sort of shimmering dancefloor-focused goodness that evokes memories of lazy afternoons spent watching sunlight glinting off gently lapping waves, somewhere uncomfortably humid. 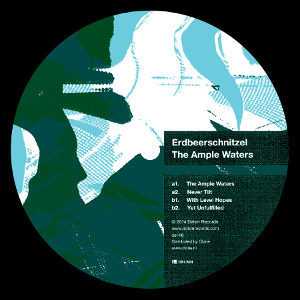 The fact that Keiling manages to avoid the usual clichés associated with this kind of melodious, densely layered fare is probably his greatest achievement. Last year’s Cushion EP – his first for Delsin’s prospering House series – is a good case in point. The title track was deep but loose, organic in feel but rich with vintage drum machine rhythms. Elsewhere, the EP boasted a heavily cut-up track that recalled Recloose’s early productions for Planet E, and “Crossroads”, a pleasingly hypnotic chunk of head-nodding deep house that was the aural equivalent of foreplay. Throughout there was a lightness of touch to the production that made it a joy to listen to.

The same accolades can be afforded to The Ample Waters, his return for duty on Delsin. It touches on many of Keiling’s usual themes – eyes-wide-shut melodies, shuffling rhythms, deft builds, J Dilla-goes-deep house instrumentals and skewed broken beats – while offering a stronger collection of tracks than many of his previous excursions. It’s not that his earlier EPs were poor – most have been excellent, with the odd so-so effort amongst the gems – but rather that The Ample Waters is particularly good.

The headline attraction is undoubtedly the title track. Its drum-machine heavy rhythm pairs thickset, compressed kick drums with shuffling, cheap-sounding snares and shakers, and seems to shimmy between the speakers despite its robust nature. Yet it’s what’s layered on top – warm synth strings, rubbery electric bass, darting electronics and sublime electric piano keys – that makes it so addictive. The production is classic in the true sense of the word; it’s reminiscent of Balearic house faves such as Key Tronics Ensemble’s “Calypso of House” or the mighty “Strings of Life”, without resorting to pastiche. It feels like the sort of record you’d sway to, in a haze, on some sun-soaked Mediterranean or Adriatic terrace just as the sun is about to dip below the horizon. If that sounds clichéd, it really isn’t; it’s a loose, baggy and rush-inducing slice of immersive positivity.

While the other three tracks fail to reach these dizzying heights, there’s plenty to enjoy. The short “Yet Unfulfilled” – built on a fluid, Scandolearic style synthesizer arpeggio, Dilla style production and woozy, soulful vocal samples – is particularly delightful, coming on like Madlib jamming with DJ Sotofett in one of his new age moods. “Never Tilt”, a warm-but-breezy broken deep house gem that seems to shimmer from the speakers seductively, is equally as thrilling. In fact, it’s only “With Level Hopes”, a relatively functional, dancefloor-focused deep house cut, that lets the side down. It’s fluid, woozy and accessible, but lacks a little zip in comparison to its impressive companions.