A few months ago Night Slugs announced the Club Constuctions Community, an open invitation for producers to submit tracks that stick to their manifesto. Submitted productions should be stripped back, raw, saturated, using three note melodies or less, with reverb and sound design to reflect their environment, and vocal samples to be used only if “integral”. Goon Club Allstars co-head Moleskin may not be a member of the Night Slugs family, and almost certainly didn’t make his self-titled debut EP as a direct result of the CCC manifesto, but it’s about as close as you’ll get to a Club Constructions experience without actually buying a Night Slugs record. 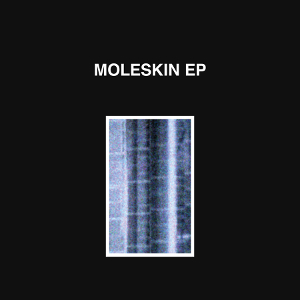 Of course that’s not to say that Moleskin is without his own ideas. Rather than creating genetic mutants, these tracks give the sense that the producer is bolting together pieces of different genres to create Frankenstein’s monsters for the club. The two-note horn salvo of “We Been Ready” for instance sounds like it’s been ripped from a lost grime dubplate and stitched onto a steroid-enhanced baile funk rhythm, with ridiculous airhorns that sound more like a doomsday whistle than a carnival. “Clemency” is equally crazed, with a use of sound effects reminiscent of Jam City, but taken to absurd lengths, a bizarre drill crescendo breaking up a frenetic salvo of bubble sounds and jibberish MC sampling.

It’s these idiosyncratic touches that make Moleskin’s music so hard to dislike, and “Chips” largely fails due to its overly repetitive synth warning siren and lack of curveball moments like those of its counterparts. Digital exclusive “Chain” is much more exciting, sending ripples of angular sound blasts out from a boxy rhythm. It’s with “Turnt On” that Moleskin really shows what he’s capable of. Combining grime bass with the kind of turbocharged arpeggio you’d expect in a hi-NRG Italo track and a dramatic string sample, it sounds like a Tron lightcycle battle soundtracked by Bok Bok and Giorgio Moroder.

There’s no getting around the fact that there’s a fair bit of imitation going across this EP – especially in terms of the fusion of grime and Jersey and Baltimore club sounds which has now all but patented by Night Slugs – but it would be hard to disagree that these are some of the most irresistible club tracks to have been released this year.