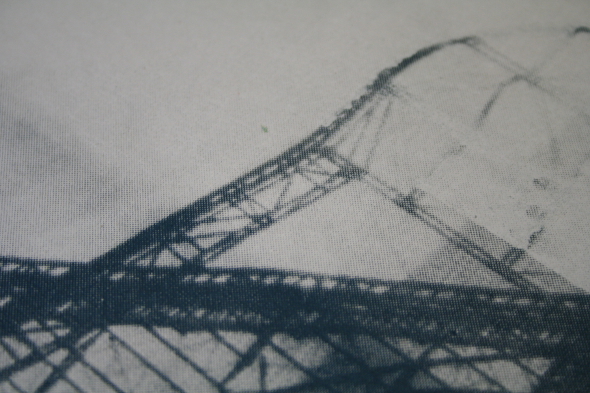 To understand Kettenkarussell is to understand Giegling. Herr Koreander (aka Konstantin) and Leafar Legov’s collaboration were responsible for the label’s first release, I Believe You And Me Make Love Forever. Since that record, Giegling has grown exponentially, but Kettenkarussell, with its childlike demeanour, will always remain the root from which everything grows.

Giegling weren’t a label associated with techno until the launch of the limited edition Staub series in 2010 which bore birth to Vril and Prince Of Denmark, two producers now synonymous with the Weimar collective. Before, however, Giegling’s subtle emergence saw this unique group of German producers develop into vanguard of regional artists parenting a distinct style of organic micro-house. The label’s ornate approach to design, bound by their kitschy inspirations, is brought together by adults with the imaginative flair of grass-stained children charging playgrounds with sticks as swords.

No one has described the minimal sound of Giegling better than what PC wrote in his intro for a mix Kettenkarussell did for mnml ssgs in 2010. “They not only pull off the requisite formulas and push all the right buttons, they add a whole dark thicket full of animated organic sounds, wind up dolls (perhaps demonically possessed, be careful!) and forest clearings filled with soft, shining, melodic lights… fairies?”

Kettenkarussell’s Things Will Never Plan 12” from 2010 was the duo’s only other record before this album. And following the Traumprinz and Prince Of Denmark LPs, and Vril’s Torus, Kettenkarussell’s Easy Listening is a record that will lure listeners further into Giegling’s rustic woods more than what the headlights of their better known artists might.

As always, listening to a Giegling record is as much the tangible and visual thing as it is an audible experience. Easy Listening is a conceptual ride and it begins with a soft flush of pink noise and the haunting, blue-toned hum of ‘possessed’ atmospheres. It compliments the hued shades of the artwork; a water-blotched image of an abandoned rollercoaster rickety in frame. Already, halfway into the intro, this record feels as though it’s from another time.

Plucked harps add to the dreamy sequence of its opening passages, made pleasantly disorientating by the awkward modulation of an orchestral concert pitch, while a passionate Bruce Lee vocal sample, as if bringing to bear an aspect of Giegling’s maxim, says: “Ultimately, martial art means: honestly expressing yourself.”

The first signs of something to dance to surface on the B-side with “Konstant Sleep”, an almost upbeat version of “You N Me” from their debut release. In it, the slightest of dubby tinges resonate like the pinging sound air makes inside a beach ball after it’s been kicked. A lullaby of arpeggios follows in “Spirale” and blurry shimmers of lonely synths, as if moaning sadness of a past memory, streak across its face like fleeting auroras of the northern lights. Traumprinz’s closer from his Mothercave LP, “Ambient 006”, also captured this warm feeling of melancholia, and here, “Spirale”, delivers Kettenkarussell’s most profound production.

Jazzy, chilled out break beats make up “Haller” in a piece split between Mo’ Wax hip hop and Giegling’s own sample-cutter, Dwig. And depending on your mood, 33 or 45rpm for this track is fine. “Krusty Dreams” is the type of music you’d ideally stamp your feet to on the compacted dirt floor of a forest somewhere in Bavaria, while streams of bit crushed synths similar to the music of Boards Of Canada and Aphex Twin rest deep within “The End”. Its tennis ball-popping percussion, also, makes it hard not to think of DJ Koze’s wonderfully odd “40 Love”. To call Easy Listening micro-house today may be a little misleading, but PC’s words about Kettenkarussell still ring true: “One of the few duos really doing justice to the creative possibilities of the micro house microverse.”