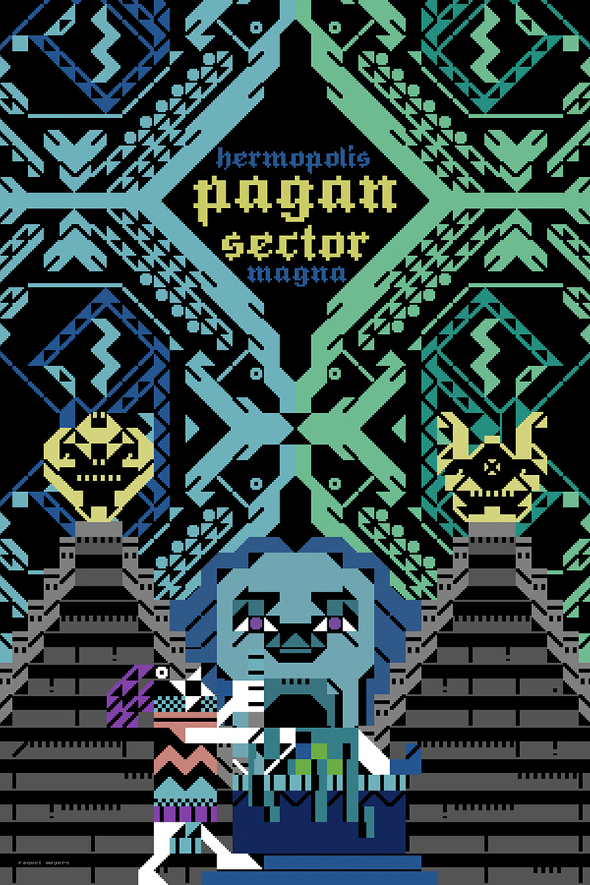 We speak to the Amsterdam-based collective about the launch of their concept-driven label.

Amsterdam certainly isn’t short of a record label or two, but few pop up with such an intriguing central concept as the new label from Knekelhuis. For the past two years, this collective (made up of Mark van de Maat, Thijs Hoebers, Ron van de Kerkhof, Pepijn Senders and Thymo Lebesque) have put on shows throughout Amsterdam with a storied cast of guest DJs and musicians, with iconic wave acts like Eleven Pond and Das Ding featuring along with Juju & Jordash, Traxx, Rude 66 and Veronica Vasicka. Over this period Knekelhuis has developed to incorporate a booking agency and a radio show on local station Red Light Radio and this summer sees the collective make a logical step with the launch of a record label.

Intriguingly the Knekelhuis label is intrinsically linked to their series of events, with artists booked to perform also invited to collaborate on music that will be released at the time of the event. Knekelhuis plan to issue these records on a quarterly basis with their inaugural release the Hermopolis Magna 12″ from Pagan Sector due out next month. The exact identity of Pagan Sector remains a secret guarded from public knowledge, with Knekelhuis describing them only as “two mysterious grandmasters of electronic music,” though fans of Viewlexx, Créme, Bunker and Clone will be familiar with their respective work.

The below video for Pagan Sector track “Ultra Paganus” from YouTube personality hurfyd should act as a suitable introduction to the collective’s “depraved love child”. In order to gain a better idea of the collective’s motivations for the club night and label we spoke to a Knekelhuis representative over email earlier this week.

‘Knekelhuis’ is the Dutch word for ‘ossuary’ or ‘charnel house’, a part of a cemetery or church where the bones of the dead are stored. Is it right to assume this is a theme and inspiration of both your events and label?

Definitely. An ossuary is the final resting place for people (often soldiers) underneath a church. It’s the place where they are commemorated. Where people pay their respects. The luxurious graves are one of the best examples of the contrast between the cheerful and the macabre. In music Knekelhuis tries to combine darkness and light. With our nightlife concept and label, we emphasize this contrast. It has to be both whimsical and uneasy. By the way, have you ever seen a Church built of bones? That’s some serious shit.

Where was the first party held and who played at it?

At a small rock bar in Amsterdam called Winston Kingdom. We booked a shoegaze black metal band from the States called Deafheaven and our own Mark Van de Maat spun some records. Another part of the group gave illegal parties in Eindhoven. The first party with the newly formed group was a Traxx all-nighter in Doka. It wasn’t for the faint hearted. This actually dictates the new style, because of its diversity, intensity and intimacy.

How has the party grown since then and what other venues have you played at?

We started our electronic music concept as Knekelhuisdisco, as opposed to Knekelhuis for darker forms of music. Later, we decided to focus on electronic music and changed the name into Knekelhuis, because of the disco confusion and increased our collective to 5 people. The days when we made a fusion of bands, live acts and DJs varying from black metal to Italo disco are over. Now our style lies in the spectrum of the more obscure forms of electronic music.

Red Light Radio soon asked us to do a program. Because of the absolute freedom and sheer fun we are continuing this monthly tradition to this day. Every nightlife experience should be sparkling. Not only for the public but also for us. This is why we alternate between alternative and trendy clubs, searching for places complementary to the concept, the artists and the experience. We have enjoyed hosting parties in pre-squatted clubs like OCCII and ot301, industrial pop-up club DOKA and now the panoramic Canvas at the 7th Floor.

Knekelhuis events now take place at venue called Canvas, which you’ve described as an unconventional space. Is Canvas in fact a Knekelhuis?

Canvas is a modern club rebuilt on the ashes of the old canvas at the 7th Floor. But it still respects the history of the building. So in a way, you are right! Its concrete frame and glass skin makes up for an industrial and trendy feeling. And of course, we will bring the fresh and intimate Knekelhuis vibe along.

You mention your goal is to “create dark aesthetics on the dance floor for a wider audience” – how exactly do you achieve this at your nights? Is it just with the music or is there a visual element?

Yeah, we learned there are so many sub-genres that touch the more known dance floor-orientated sounds. We don’t want to be purists spitting on the less musical aware people, but we don’t necessarily follow contemporary good taste. Digging for that one record that no one knows is something we like. Every night pushes the public’s boundaries and feeds our compulsive obsessive characters. And we like to share that enthusiasm with seasoned veterans and young debutants alike. The atmosphere of the music and complementary visuals should create intimacy within a mixed crowd, so we can be curious in the darkness and smile in the light together.

Was there a specific event or moment that lead to the decision to expand Knekelhuis into a label?

This was a deeply rooted dream. We all love the medium of vinyl. We are absolute suckers for the material and spend a great deal of time looking for gems. It’s the cliché of a bunch of romantics that like the physical connection with records we love. Aside from that we love that music is without borders. We create tension by mixing different styles in diversity of songs and within songs itself. We aim for the fence by asking our favorite artists from Holland and abroad. We try to facilitate a synthesis of two strong personalities, resulting into an unexpected whole that is greater than the sum of its parts. Surprise is what we are looking for. This also applies to us, since we give our artists a lot of freedom and on special occasions even carte blanche.

How are you hoping to get some of that dark aesthetic across with the label both musically and on the sleeve art?

We work with close friends who think, listen and feel in terms of a context like we do. Our sleeve artist for example, was inspired by the music and titles. This Hermopolis Magna had a place in ancient Greek history. It’s about Gods and elements that create the kosmos. Thale created an alternate universe for our first release, drawing inspiration from the Russian ‘Popov’. This guy created a new city in 1928, which consisted of windows with images of the future.

How much discussion goes into who will release on the label? It’s obviously an important decision seeing there’s the release party to consider?

We have a lot of ideas and try to combine these by association and dissociation. We try to find two artists, whose collaboration possible leads to a sparkling record. For us it’s a challenge to get even the more established producers to divert from their normal path. It’s all on the basis of very abstract concepts as friendship, trust and chemistry. To be honest, most of the artists we approach are very much into the idea of doing something new. They are open to a more fun and daring approach. That’s why they generally love to get in touch with guys like us. We don’t hold their hands and we don’t rush them.

Eventually this process should lead not only to a great record, but also to a friendship between all the people involved. The celebratory icing on the cake is the release party. Imagine playing a gig where the concept is build around the process of producing, social interaction and bonding that took several months to achieve. We are all into this together. Surprising and personal, that’s how it should be.

Beyond Pagan Sector, who else do you have lined up for release with Knekelhuis?

We have some great artists coming up. The next release will be from Dynamite Winter Palace, a new collaboration between Timothy J. Fairplay and Alessandro Parisi. Facit is one of the special occasions we talked about. He is working on a record with full carte blanche. After that, we have some more sick stuff coming up, but we cannot say too much about that. Keep an eye on us!

Knekelhuis will release the Hermopolis Magna 12″ by Pagan Sector on August 25. 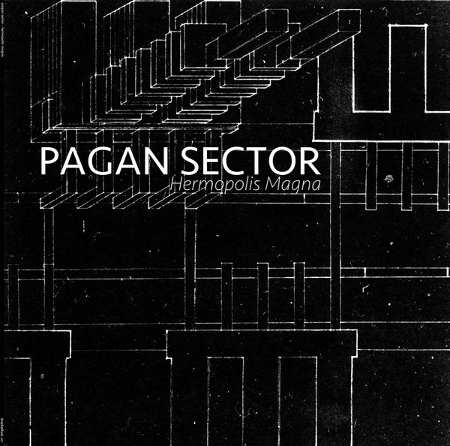 A1. The Corpse Fell Into The Hourglass
A2. Ultra Paganus
B1. Druids 2 Frenzy
B2. Midi Cauldron