Ekoplekz has a Four Track Mind

The Bristol-based musician will grace Planet Mu with another album of “home-taped electronic excursions” next month.

Back in March, Nick Edwards debuted on Planet Mu with Unfidelity, a thirteenth album of a rich and productive recording career as Ekoplekz (not to mention many more productions under his other names and projects) which Oli Warwick described in his review as an “engaging listen that sports plenty of that distinctive Ekoplekz character whilst shedding a fresh perspective on the proceedings”. It’s now been revealed Planet Mu are planning to release a swift follow up to Unfidelity in the shape of the double LP Four Track Mind.

Due for release next month, the 11-track album is made up of music that Edwards recorded at the same time as Unfidelity, with the label claiming it should be viewed as a companion piece to that set. A press release goes on to state that the new album “presents a slightly wider selection of moods and ideas for those intrigued enough to further explore Ekoplekz’ distinctive four-track sound”. The label goes on to reveal that the lack of time between albums has led them to take a more understated approach with Four Track Mind, releasing the album in a limited run of 300 double vinyl copies only, which will be available direct from Planet Mu and a select few online retailers. Check the Planet Mu site to hear previews of how Four Track Mind is shaping up. 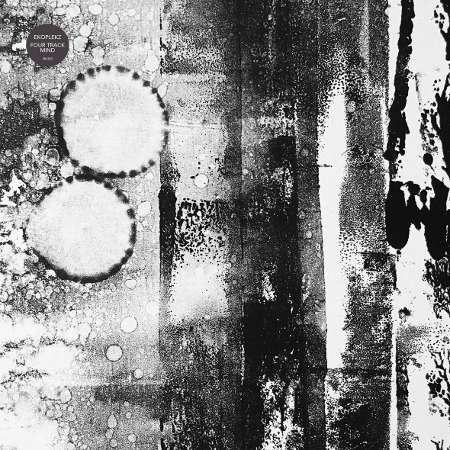