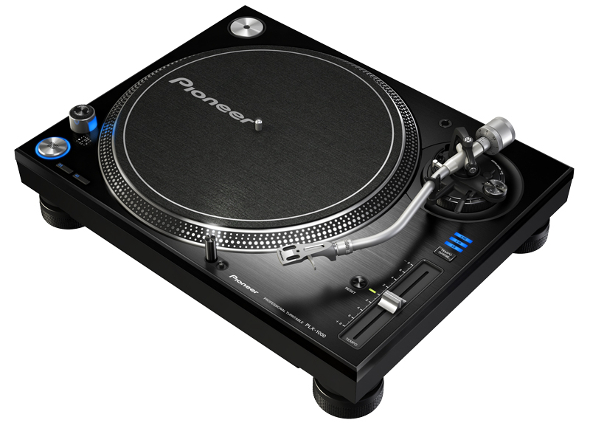 The Japanese company confirms full details of its brand new direct drive turntable for DJ use.

Initially teased at this year’s Musikmesse show in Frankfurt behind a glass cabinet, Pioneer stated that the then unnamed turntable was at that stage a concept product, offering no concrete information as to if and when it might see full release. With a look very much like that of the discontinued industry standard Technics SL-1200 turntables, the images and videos that slipped out following the show had many vinyl enthusiasts excited for what they thought could be the next true successor to the much-missed Technics 1200/1210 models. Pioneer has today confirmed that the turntable has made it from the concept stage to fully finished product, and will be released next month.

Named the PLX-1000, the unit is built for DJ use and is described as being “precision engineered for the booth”. As well as a very familiar design, the PLX-1000 has a number of features common to the Technics SL-1200, including a high-torque direct drive system, multi-pitch control and what promises to be similarly tank-like build quality. Despite speculated digital features such as USB functionality not making it to the finished model, removable power, ground and phono cables, and a rubber lined tone arm to improve isolation and prevent feedback offer a few features that improve on the Technics standard. A video below shows off all these new features.

Pioneer will release the PLX-1000 in late August, at a price of £599. For updates on its availability, register for a new release alert at the Juno store.