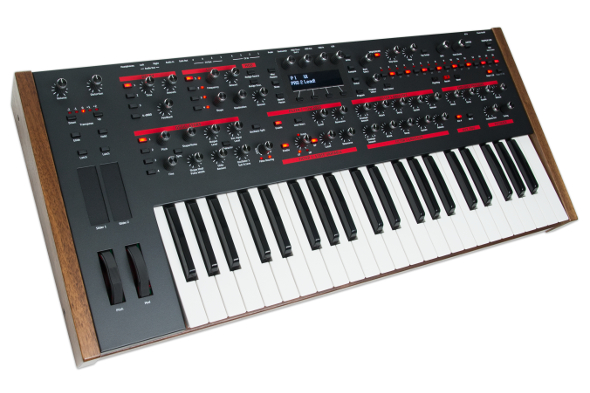 The veteran synth manufacturer introduces what it calls the “ultimate mono synth”.

While Dave Smith Instruments’ last major addition to its product range – the Prophet 12 – came complete with 12 voice polyphony, the company are taking a different approach to its next instrument, which will be what they call the “ultimate mono synth”. Going under the name Pro 2, the well-featured unit is touted by DSI as a spiritual successor of sorts to the classic Sequential Circuits Pro-One synthesiser designed by Dave Smith in 1981.

The Pro 2 features four digital oscillators (plus sub-oscillator) together with super saw waves and dual analog filters, which can be run in series or parallel and provides low-pass, high-pass, and band-pass modes which Dave Smith says gives the Pro 2 a sound which is “distinctly different from our other instruments such as the Prophet 12.” The synth is also 4-voice paraphonic, meaning it can play four notes at the same time. As well as featuring a multitrack step sequencer, and multimode arpeggiator, the Pro 2 features extensive control voltage inputs and outputs making it compatible with modular synths. Interested parties can check out the Pro 2 via the video below.

Dave Smith Instruments will release the Pro 2 in late July at a price of $1,999.