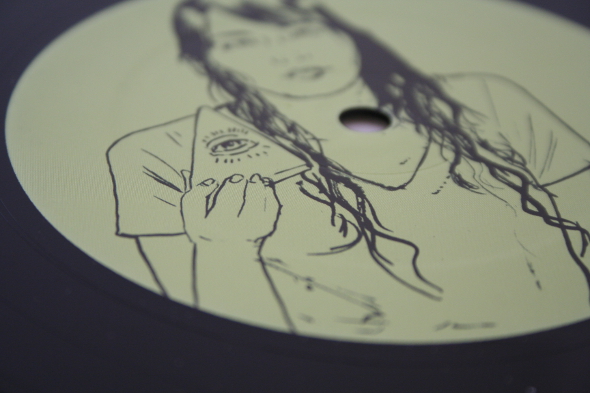 Is it just me, or has there been a noticeable rise in the number of long form tracks appearing on house and techno singles recently? Karen Gwyer’s excellent New Roof EP was a lengthy sprawl on both sides, Bass Clef went all-out for a 20-minute opus on his recent “Lower State Of Unconsciousness” and JTC throws down plenty of running time for “Veronja One” on his upcoming Escalator To Sorga EP. Just to clarify, we’re talking anything pushing well over the ten minute mark here, and while length should always be secondary to content, it does make an interesting statement on the kind of house and techno that edges away from club use and into the more esoteric ‘listening’ domain. 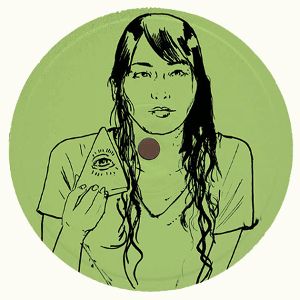 So it is on the A-side of Yør’s first appearance on Crème Organization. Following plenty of turns on Purple Maze this step up comes marked with the kind of bold creative strokes that befit so many of the deviant hardware operators on DJ TLR’s label. “Lack Of Beeing” is a hefty 14 minutes long, and operates more like a suite than a standard track. Where some of the other marathon tracks mentioned above find a beauty in working the same concept for longer than average, Yør creates a kind of space opera that moves from a chilling beatless intro into monolithic industrial techno and on into hopeful electro, twisting and turning as it goes.

Despite these shifts, the tone of the track remains consistent through a blanket of cosmic interference and white noise that splays off every atmospheric element in the track. It’s a magnificent creation rich in evocation and undeniably epic in scope, and it works perfectly at demonstrating the application of dancefloor tropes not meant for the dancefloor. There are monstrous kick drums, but they serve as textural signifiers rather than physical commands here. Likewise the entrance of a melodic synth line becomes a scene shifter rather than a tweak to the energy of the crowd.

After such epic machinations, the B-side is populated by three far more modest tracks with concise ideas to impart. “Unbennant” is a brief sojourn into a less pounding kind of techno, although the sound palette is very much in line with the A-side. A filtered clatter of top end percussion meets with a hooky bass riff, yet all around sit choral tones that add an unsettling edge to the production. “Torn” too is a short but sweet exercise, this time taking a more fully rounded drum set and setting it to task in a limber electro formation that gradually shifts into rougher rhythmic territory while graceful sweeps of pad come gliding in.

It would have been nice to hear some of these brief ideas realised more fully, not least considering the time afforded to “Lack Of Beeing”, but then some momentary studies don’t benefit from stretching out. Either way, those two tracks feel like addendums to the monolithic title track. “Apophis” meanwhile sets out a different M.O. to finish the EP off; plying a more typically Crème-friendly trade in rugged analogue house music with a dystopian electro twist, and it’s executed magnificently. The bassline is fat enough to sink your teeth into, while the box beats sizzle and slam perfectly, and in between sits a rich spread of tones, effects and other such sonic delights.

If the thrust of this EP is largely about house and techno without dancefloor limitations, “Apophis” makes for a decisive nudge back towards club aesthetics, without losing any of the esoteric bite that makes the EP such a captivating listen. Of course there is no preference or importance placed on one discipline or the other, and indeed there are many different shades to this release in its sprawling run time, and for that reason alone Yør has triumphed on his Crème Organization debut.