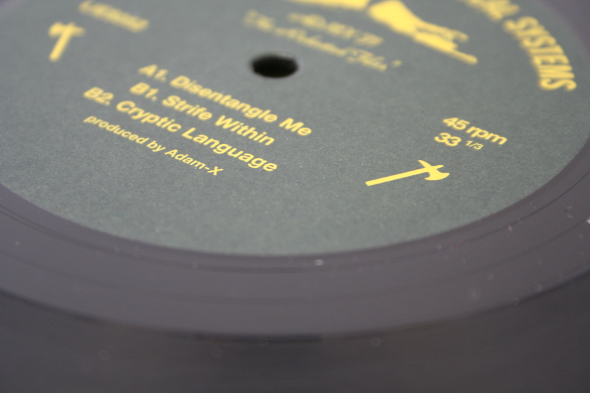 Since its inception, Ron Morelli’s label has released music from new or under the radar artists. The Redacted Files marks a change in that approach, with L.I.E.S. putting out its first record from New York techno veteran Adam X under his ADMX-71 guise. Hopefully it’s the start of the label’s patronage of established producers pursuing side projects. After all, there is a limit to the amount of lo-fi, tape-frazzled house any label can put out. 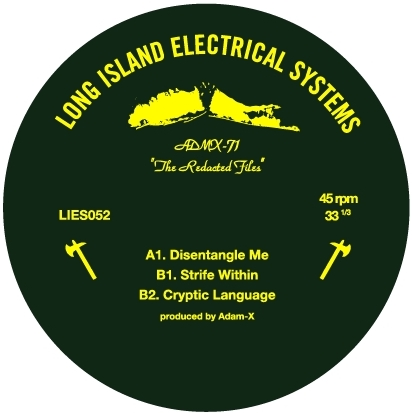 The Redacted Files couldn’t be further removed from that sound. Drawing on the menace of EBM and the unpredictable, amphetamine-fuelled twitch of post-punk, the three track release sees Adam X venture back to a pre-techno time. For a better idea of the New York DJ’s heritage and for the inspiration behind this three-track release, check his recent mixes online, which veer from 23 Skidoo’s angular punk-funk to the brooding industrial of Orphx.

“Cryptic Language” is the least frenetic track here, but it fizzles with reverberating filters. Guided by grungy bass pulses and tweaked electronic bleeps, it has the swagger of PiL and the cavernous swoosh of King Tubby’s ghosting techniques. “Strife Within” picks up the pace and sees Adam lean closer to EBM, its oppressive bassline and robotic stomp swathed in dry ice vapours and synth gloom, like Peter Murphy fronting Front 242.

However, the track that’s most likely to cross over is “Disentangle Me”. That’s partly because it has the most DJ-friendly approach and at its heart is a hypnotic, pulsing rhythm. Despite this, Adam X hasn’t skimped on detail; there’s an effortlessly tortured, but quasi-ecstatic vocal that Jaz Coleman couldn’t have done better and a series of detuned, guitar-based drones coupled with grinding, noisy effects. It’s a brave first step for L.I.E.S. into a world that it has not yet explored – with Adam X as the guide, hopefully it’s not the last time that they frequent it.