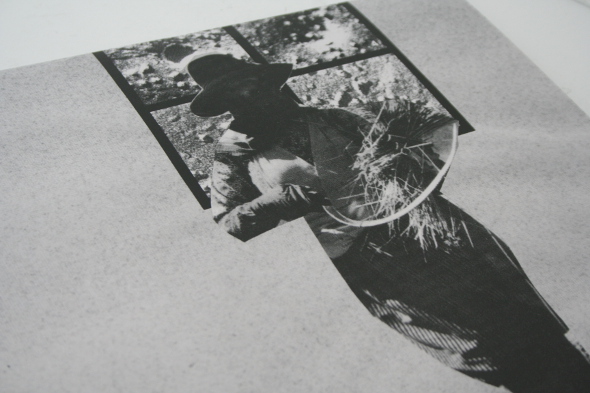 Having steered the good ship Crisis Urbana for the past year through some choice cassette and digital releases, Detroit techno activist Rawaat makes his full debut with a release for Lobster Theremin, a label with a similar penchant for analogue house music on the fringes of tradition. As they would themselves describe Crisis Urbana, the main ingredients here are, “rhythm & noise”. Naturally the studio output of Rawaat makes for a neat addendum to the label curation work, occupying a similar space in which surreality looms large in amongst the drum machine rhythms and grubby tones. 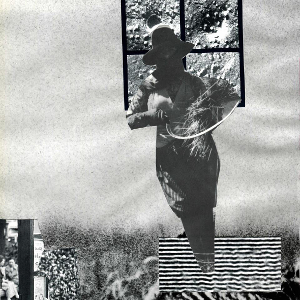 “Caverns Of Reflection” does away with any drums and instead floats willfully into a gaping chasm of pads where dislodged fragments of guitar, found sound and plenty more besides drift past helplessly. It’s a towering opening manifesto, bombastic in its chord progression and far deeper than a mere intro track. “Day Laborer” by contrast comes on with a more typically Motor City kind of box beat grit. By the time track fills up with vocal thrusts and messy stabs there’s barely any room to breath, with a sweaty press of overdriven machines creating a devilishly tasty dance wrecker. There are some wild diversions along the way as well, sometimes drifting into mystical midsections and other times ramping up the claps and snares for a drop.

Huerco S delivers a remix of “Day Laborer” that merges those feisty drums into a fuzzy swirl that shivers and rattles through a decidedly dubby situation, but there’s space for a deceptively funky bass lick to sidle in underneath, and with time the track opens out thanks to some winsome synth notes without ever losing that bugging groove.

“Exp. 2” comes on decidedly raw in its opening strains, laying the beat down bare and keeping the samples locked in the middle of the track. While a background swirl of white noise gradually nudges itself into a melodic refrain, there’s plenty of interference out front from displaced vocals, as well as something that sounds like a stuttering trumpet. As the track builds so too does the decay on those emergent melodic notes and what was once a primal drum workout winds up as a washed out blur of blissful disorientation.

“Motion Sensor” closes out the EP with perhaps the wildest cut of the bunch, finding a fruitful line in percussive samples that comes on tribal in the extreme, although once again Rawaat is leaning heavy on the noise to fill in the space between beats. In this woozy fug only the carnival whistle cuts through, and yet there’s something peculiarly comforting about how closely knit the drums and pads are. Like wading through waist high grass before giving up and falling into it, the submission is the release in a track such as this.

While there may be no shortage of grubby lo-fi productions around at the moment, Rawaat brings enough of his own distinctive sound sources to bear, and through consistently dousing the mix with space-filling pads everything hangs together as a consistent release. It’s high-fives all round for Lobster Theremin and Rawaat, and low fives for studio spit n’ polish.