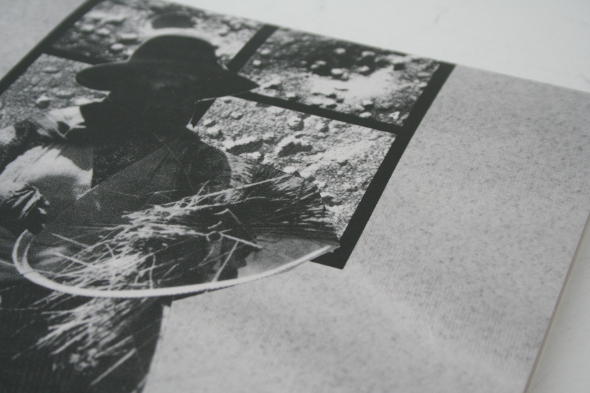 Our picks for this week include records from Bronze Teeth, Budgie, Metasplice, Herbert and more. 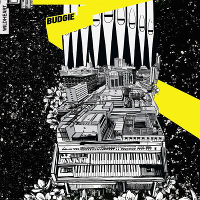 When he launched Wildheart Recordings last year alongside his already firmly established Sound Signature label, Theo Parrish said: ”If the Sound Signature label releases are for the body, Wildheart is for everything else.” The two releases thus far have more than delivered on that promise, but this third from Budgie is the best on the label to date. As DJ and promoter at London hip hop party Livin’ Proof, and producer for Action Bronson, Fatima and J.Rocc, Budgie has built a strong reputation as a digger, DJ and producer. But this self-titled EP is probably the best piece of dusty Slum Village-inspired sampling you’re likely to hear all summer.
Listen/buy vinyl 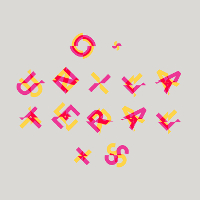 There isn’t a single release from Diagonal Records that’s disappointed us this year, and they show no sign doing so anytime soon, especially given their new record comes from the new collaborative project of Factory Floor’s Dominic Butler and Optimo Music’s L/F/D/M. O Unilateralis is just the first of two records from the pair due for release on Diagonal over the coming months, and as you’d expect from a duo’s punishing analogue sounds, it contains three tracks of what the label aptly describe as “skull splitting” no wave techno bangers aimed at cutting a swathe through po-faced dancefloors.
Listen/buy vinyl 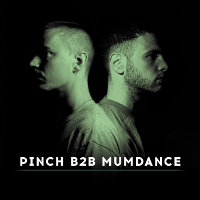 If someone had said a few years ago that dubstep veteran Pinch and former Mad Decent producer Mumdance would be the pair to shake up the UK’s bass scene, then we would probably have laughed. But here we are in 2014 and the pair’s new mix CD is one of the most hands-down enjoyable sets of the year. Containing a fair number of exclusives from the duo and a handful of like-minded peers, this is well worth a look if you want to hear the innovations in the darker side of the UK’s ever changing club landscape.
Listen/buy vinyl

Leon Vynehall might be one of many young producers from the UK making house music, but over the past few years he’s shown himself to be one of the best of this new generation, never sacrificing depth for the quick and easy route. It was something evident on his varied album for 3024 – same goes here on his debut for Clone’s Royal Oak. There’s nothing overly complex about “Butterflies” and “This is the Place”, but there’s something about their looping, misty-eyed samples and brushed rhythms that put us in mind of Pépé Bradock at his most straightforward.
Listen/buy vinyl 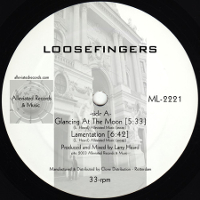 Larry Heard’s campaign of reissues from his Alleviated label continues with the two EPs he released under the Loosefingers alias back in 2003, and they offer an interesting contrast to the raw sounds of the Gherkin Jerks material reissued last year (and the clean sci-fi sounds of the Alien LP which was re-released a few months ago). Despite a few of these tracks putting Heard at his most straightforwardly deep, sensual and melodic, they also include surprisingly robust “Lamentation”, whose powerful acid bassline show that this side of Heard’s persona isn’t all about heady sun-kissed moods.
Listen/buy vinyl 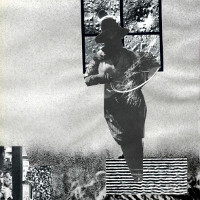 Now that Lobster Theremin has reached its fifth release (seventh if you count the white and black labels from Manse and Palms Trax), it’s becoming a little more apparent that Lobster Theremin is turning into a label that digs a little deeper than most for their artists. This vinyl debut from Rawaat is a case in point; head of the Detroit-based Crisis Urbana cassette label, the sound displayed on the Day Laborer EP has much in common with the similarly foggy productions of Huerco. S, though there’s clearly a strong smattering of early Warp Records influence thrown in for good measure. Fans of rough, heady, psychedelic techno excursions are advised to check this.
Listen/buy vinyl 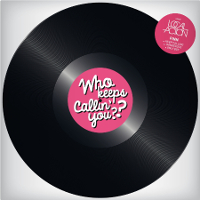 We’re going to go out on a limb here and say that this debut from Manchester-based producer Finn might be one of the best things Local Action has put out. Utilising a cut-up sample-based approach that mines several different genres without sounding like any of them, Finn’s style is like the missing link between footwork and grime you never knew existed. The hip hop and R&B samples may be big and brash, but he presents them in a context that makes them totally fresh. If you hear these out in a club and you’re not grinning from ear to ear, there’s no hope for you.
Listen/buy vinyl 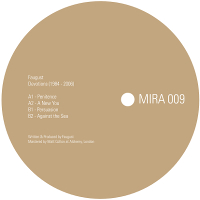 When Juno Plus spoke to Sigha about his new synthwave-orientated project Faugust a few months ago, he explained that it was “homage” to his late mother, adopting her maiden name for its title and explaining quite simply: “It’s music that I think she would have liked.” Knowing this information gives the music on Devotions: 1984 – 2006 a certain poignancy, and helps it to stand apart from the other music on Avian’s sister label Mira, much of which has been characterised by dark, industrial tones. While these four tracks are cut from much the same cloth, there’s an emotional warmth that shines through that has more in common with My Bloody Valentine than anything the producer has made before.
Listen/buy vinyl 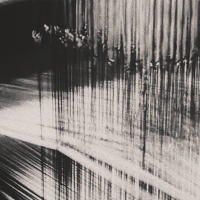 Last year’s Infratracts was one of our favourite albums at Juno Plus, melding noise and techno in just the right quantity, so the return of the Philadelphia duo to Rabih Beaini’s Morphine label is cause for considerable excitement. Both “Vertia” and “Tiled Eighths” see the duo at their most hypnotic. The former combines Millsian bleeps with swathes of sheet metal noise, and the latter is characterised by eerie piano-like tones which rest uneasily against strobing kick drums. If anything, these two tracks are even odder than the material on Infratracts, taking their signature techno sound into the realms of musique concrete and minimalist composition.
Listen/buy vinyl 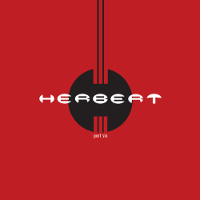 It seems hard to believe, but Part Six is the first new dancefloor-focused material from Matthew Herbert under his surname in eight years, following the considerably more experimental One Pig and The End Of Silence. It doesn’t seem like those diversions have diminished his ability to make idiosyncratic house music. Both “Manny” and “My DJ” are great for their whirring mechanical weirdness, while “One Two Three” is the kind of classic vocal track only Herbert can make, with the kind of subtle melodic touches you could imagine Floating Points laying down at Plastic People.
Listen/buy vinyl