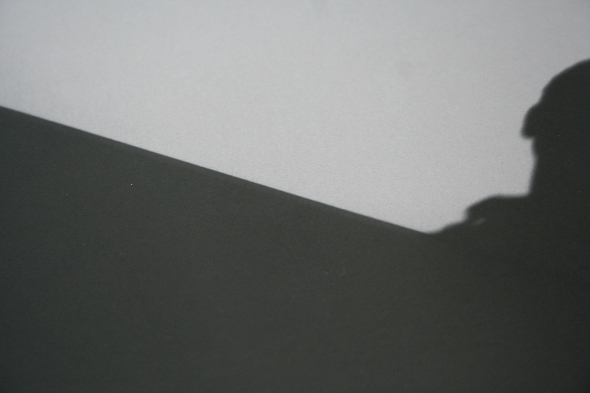 Records from Mister Saturday Night, R&S, Downwards, Tabernacle and more were among this week’s best. 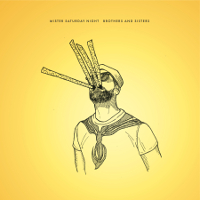 It’s almost two years since Brooklyn clubbing institution Mister Saturday Night inaugurated its label with Anthony Naples’ Mad Disrespect EP. In the time that has passed since, Naples has gone on to become one of the USA’s most loved underground house artists, and the label has debuted countless other names and given a platform to many more, including Boya, Dark Sky, Archie Pelago and Gunnar Haslam. The Brothers and Sisters compilation offers a much needed primer for those who might not have been able to keep up with their output, with a host of exclusives on this vinyl version that show that their tastes don’t simply extend to party-friendly house music. There’s also a 2 CD version, which bulks out proceedings selected highlights from the label’s output so far, made available on a format other vinyl for the first time!
Listen/buy vinyl

We’re still no closer to uncovering the identities of those behind the guerilla Gang of Ducks operation, but when the records they put out are of such a high quality, such trivialities barely seem to matter. The latest artist to join their ranks is Italian producer Dave Saved, whose woozy debut Prisoners of Gravity was one of the Astro:Dynamics label’s many highlights last year. Power and Silence: Deindustrialization is another winner, containing four more originals straddling the line between delicate analogue electronics and abstract club fare.
Listen/buy vinyl 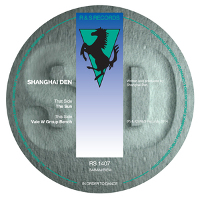 We have no idea who Shanghai Den is beyond the fact that they supposedly hail from Cyprus, has a fondness for opium, and collaborated with FaltyDL on “King Brute,” which featured on the B-side to the Danger 10″ released on Ninja Tune back in January. Musically, Shanghai Den’s debut for R&S Records shares a fair few similarities with the work of collaborator Drew Lustman, marrying brushed garage-influenced rhythms and woofer-bothering bass with a uniquely Eastern tone. With R&S offerings falling mainly in the techno camp of late, this is a welcome surprise.
Listen/buy vinyl 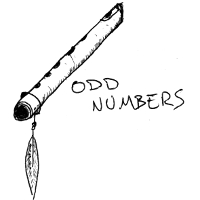 We’ve now officially lost track of the number of different aliases and projects William Burnett has worked under or been involved with over the years, but it certainly doesn’t mean we’ve stopped getting excited when a new one arrives. Odd Numbers sees him join forces with Eddie ‘Secret Circuit’ Ruscha and Diego ‘Suzanne Kraft’ Herrera for one of Rush Hour’s brilliant No ‘Label’ releases, and the results across the four-track Break Even show there’s still plenty of life in the sunkissed balearic sound yet. The simple yet uplifting chord sequence at the heart of “Sliding Door” is a particular delight.
Listen/buy vinyl 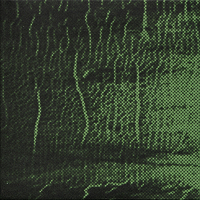 It seems as if the enthusiasm for all things Dozzy refuses to die down any time soon, with Further Records being the latest to reissue some classic material from the Italian in the form of the K album originally released on the album in 2010. Although Dozzy’s ability to create techno with a uniquely hypnotic atmosphere is now famed across the world, this vinyl reissues offers a chance for those newcomers to the Italian’s sound to immerse themselves in some earlier material, which is as varied in style, tempo and ambience as his more recent releases. The dreamy, slo-mo rush of “K4” is a particular highlight.
Listen/buy vinyl 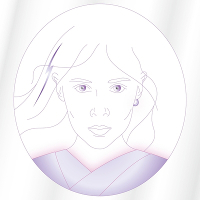 Astro:Dynamics continue what is looking to be their strongest year to date with the release of the long-delayed debut LP from Swedish producer Quiltland. Fans of labelmate 1991’s leftfield take on nostalgic ’80s-inspired pop will be particularly enamored with this record, which also slips into moments of knackered techno across its 10 tracks, and even a track that seems to sound like a synth reconstruction of the music of renaissance Italy.
Listen/buy vinyl 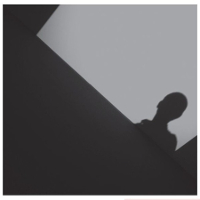 Karl O’Connor and Surgeon’s British Murder Boys project has officially passed into the annals of techno legend, and the release of new material from the duo is always a significant event. Entitled Live In Tokyo, this new record for O’Connor’s Downwards label takes three tracks recorded in the Japanese city last year, and might come as a surprise to those expecting slamming kickdrums – the tone is that of experimental noise and seething drone delivered with half-sung vocals, occasionally moving into the post-punk inspired territory of O’Connor’s Sandra Electronics project.
Listen/buy vinyl

House of Jezebel – Back In Dogtown USA (Voyage Direct) 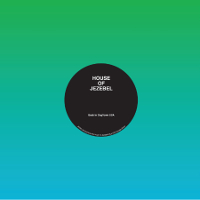 Another man not shy of adopting the odd new alias or two, Danny Wolfers this week returned under his little used House of Jezebel moniker on Tom Trago’s Voyage Direct label. It was on that imprint that Wolfers delivered his homage to Ron Hardy’s Muzic Box classic “Love & Happiness” back in 2010, and the Back In Dogtown USA single sees two more sides of the alias come to the fore. The title track sees Wolfers in classic stargazing mode, reminiscent of the dreamy house that made up his most recent LP Crystal Cult 2080, while “I Took A Train In 1979” is somewhere between his faster-paced electro and some of his more ambient aliases.
Listen/buy vinyl 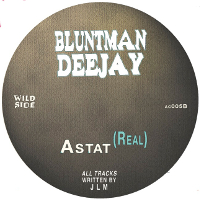 It seems incredible to think that this is only the All Caps label’s fifth release in three years, but it’s equally as heartening that this seems to be the year in which the label has really gotten its release schedule going. A member of Mood Hut’s Aquarian Foundation trio, it’s unsurprising that Bluntman Deejay has a similarly esoteric take on deep house. Both “Esoteric Communion” and “Astat (Real)” come with a dubby yet slightly new age feel that fans of the Vancouver crew will want to snap up with immediate effect.
Listen/buy vinyl

Scientific Dreamz of U – Visionz of an Abstract Plane (Tabernacle Records) 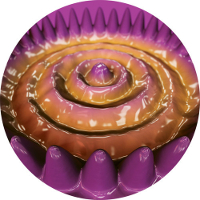 Although the anonymous producer thing has been done to death, we can’t help but have a soft spot for Scientific Dreamz of U, for both their amazing name and take on the “Danny Wolfers School of Techno”. That’s not to say Visionz Of An Abstract Plane is a simple attempt to emulate the Legowelt sound – far from it in fact. Although the same thick analogue sounds and chunky kicks are present, there’s a uniquely fizzy quality to Scientific Dreamz of U’s aesthetic that makes the producer’s music sound like it’s been ripped backwards through a wormhole in space.
Listen/buy vinyl