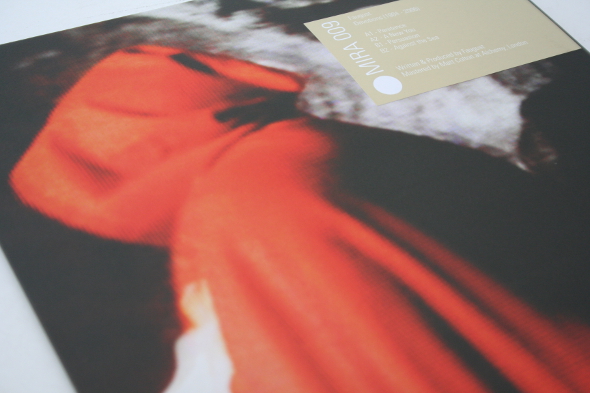 James Shaw has achieved recognition thanks to a series of singular techno releases on Avian, Blueprint and his own Our Circula Sound label under the Sigha guise. While they have allowed him to carve out an international reputation, this project sees him unlock a lot more of his potential. Unlike Sigha’s trademark purist grooves, Devotions is an abstract and nebulous offering. Occupying a grey area where electronic and guitar-based sound scapes coalesce, its frazzled, fuzzy guitar chords and evocative, melancholic synth tapestries form bluesy moods and understated pieces. 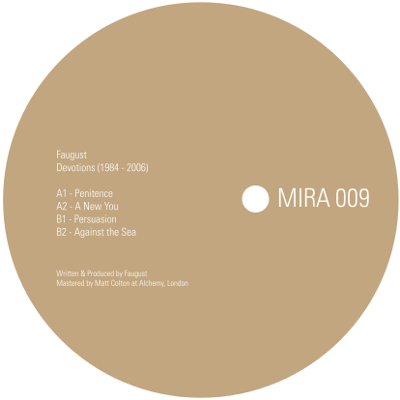 The sole reference to Shaw’s main project is “Persuasion”, where shuffling, doubled up drums augment an insistent, wiry rhythm. It is only a passing similarity however, because the track’s main focus is an epic synth sequence that arcs upwards to the firmaments. For the rest of the release, Shaw puts his focus firmly on textures instead of rhythms. The scratchy beats on “Penitence” sound like an afterthought as eerie blips and melodic sweeps are fused with swathes of distorted guitar shapes.

“Against the Sea” pushes the drums farther in the background, relegated to the role of muffled, half-heard backdrop. In any event, it would be hard to compete with the serene atmospherics and funereal organ that rises like grey smoke plumes through the arrangement. Apart from the change of musical tact, the other factor that makes Devotions so fascinating is the sense that Shaw is inviting listeners to take a glimpse at his own life.

Like his Sigha work, Devotions (1984-2006) is an instrumental release, but it has a far more human element and makes it easier for the listener to empathise with the author. Nowhere is this more apparent than on “A New You”, which has shades of Joy Division. Like the Manchester group, there is beauty in Shaw’s bleak sound scapes, and magic in the swirls of sonic gloom that flow from the speakers. Achieving seduction through sadness rather than force, Faugust’s first outing is a triumph of devotion and dedication.