Listen to a Bintus remix of Dez Williams 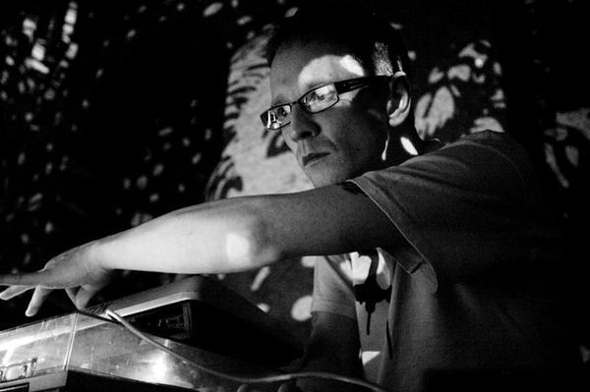 Described on their Discogs page as a “vinyl-only label based in the desert”, Bedouin Records surfaced this year with the Painlessly In Love 12″ by the mysterious Allison Chanic. Following a second record from Japanese techno producer Imugem Orihasam, the label’s third release comes from Elektronik Religion founder Dez Williams (pictured above), a UK producer known for a take on techno that’s in line with the tough industrial, EBM and electro sound of labels like Bunker Records, Panzerkreuzmost, and most recently Credit 00’s fledgling Rat Life.

Strength In Numbers sees Williams provide two tracks of squiggly acid electro accompanied by remixes from Berceuse Heroique favourite Ekman and hard techno devotee Milo Smee under his slamming Bintus alias. In its original form, “Silvaphish” almost comes across as an Eastern-influenced acid soundtrack to Lawrence of Arabia, which Bintus recycles with his trademark gabba-esque kick drums. Listen to that remix in full below and preview the rest of the EP ahead of its release on the Bedouin Records SoundCloud.