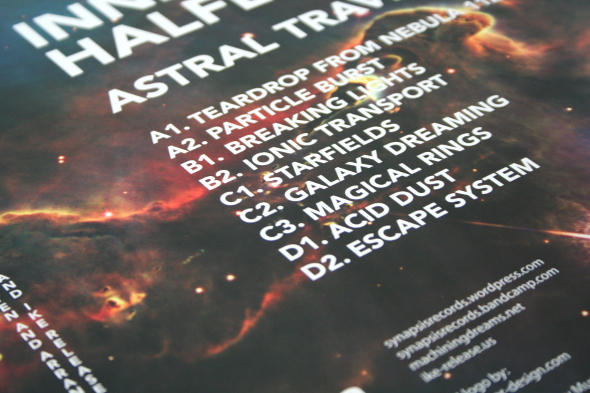 A quick glance at the title of the debut album proper from Hakim Murphy and Ike Release makes it look like the Innerspace Halflife duo has conformed to the (out)dated techno convention about electronic music escaping to the cosmos or obsessing about other, unexplored worlds. After a few listens to Astral Traveling however, it’s quite clear that nothing could be further from the truth. Maybe it’s down to the Chicago duo’s working methods, but this long player is a journey, albeit one that’s reflective of where the artists’ own heads are at rather than where they want to go to. 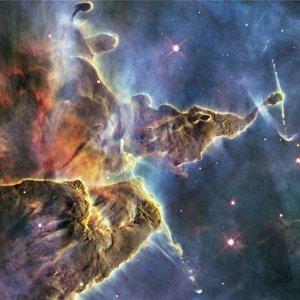 Murphy and Release’s machines facilitate their passion for venturing through a range of sounds and textures over the course of one track and these jams are presented here exactly as they were recorded. It means that each arrangement is a mini sonic adventure, constantly shifting and morphing, providing the listener with a heart laid bare document of Innerspace Halflife’s thoughts and feelings.

“Particle Burst” is a good example; it starts with a grungy bassline and crashing cymbals but gets gradually softer as light synths and subsonic blips are introduced, eventually submerging the harder elements. “Ionic Transport” sees this process working in reverse. It begins as a relatively innocuous, jazzy house groove, but the addition of grimy sound effects and a bruising acid line lend it a sinister intent.

There is an argument that Innerspace Halflife are really just a live show –and an excellent one at that – masquerading as a recording act and that their freeform, unpredictable live jams should remain in that realm. However, Astral Traveling proves that playing live has helped them become master arrangers. “Teardrop from Nebula 112” steps back to Polygon Window-style synth eeriness and bleep’n’bass subsonics but rides contemporary broken percussion and stepping rhythms, while “Magical Rings” combines deep techno textures with rolling snares and punchy drums. Flitting between sounds, eras and tropes at light speed but remaining tethered in the visceral swing that murky basements demand – this is why Astral Traveling is such a trip.