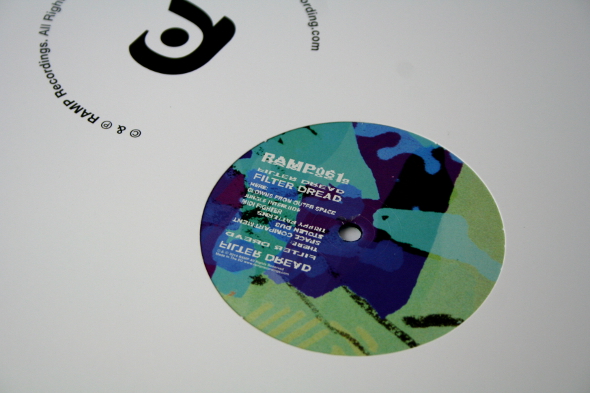 As the amount of critical attention placed on the “new wave of grime” increases, so does the risk of lumping lots of disparate artists under what is an increasingly impractical banner. Filter Dread is one such producer, often mentioned alongside grime experimentalists Logos and Visionist due to a predilection for weightless sounds, and a release on the latter’s Lost Codes label. However, grime feels like a very small component of the music he makes; the producer has stated that his formative years were spent going to warehouse raves in Cambridge, and Space Loops in particular was as potent and nostalgic an exploration of jungle and rave as the deconstructions of Lee Gamble and Leyland Kirby. 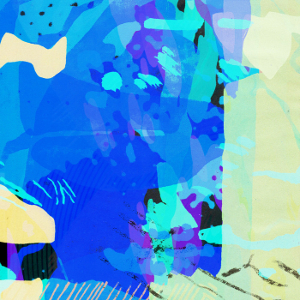 MIDI Space sees Filter Dread continue these deconstructions, but the EP’s name also highlights the “short sampling space” and “limited save functions” of early the rave production techniques used by the producer outlined in the record’s press release. Spaciousness has always been central to Filter Dread’s music, but the title further illuminates the imagined space his music seems to take place in, a zone defined by obsolete computer technology. In a sense, MIDI Space feels like Filter Dread’s own musical version of sandbox construction video game Minecraft, where he refashions the aesthetic of these genres into crude building blocks with which he makes his own rudimentary, yet fascinating musical structures.

“Clowns From Outer Space” for example is an absurd combination of cheap spring sound effects, overwhelming square waves and cheap snares, while the short “Jungle Interlude” is exactly that, a mere suggestion of the genre whose rhythmic structure is played out by cheap drum samples. “MIDI Fighter” meanwhile hides ’90s beat ’em up video game samples in its ambient chords and primitive breakbeats. While Space Loops was vapourous in feel, MIDI Space is appropriately blocky; the weightless chords of “Space Compartment” are tethered down by stubborn drums, while the aggressive snare rolls of “Stolen Dub” stutter and fold in on themselves in a way that’s almost cubist in design.

The effervescent neon synths of “Trippy Patterns” provides the EP’s most gentle moment, but it’s still a track defined by the angular edges of its basic drums. MIDI Space may not be elegant in the way that the music of Logos or Visionist is, but there seems to be a knowing sense of humour shining through that makes it so intriguing to listen to. While it hasn’t been immediately obvious in his previous releases, MIDI Space has more in common with some of the more enjoyably odd moments in the Actress discography; if Filter Dread’s career continues along a similar trajectory, his music can only get more strange – and rewarding with it.