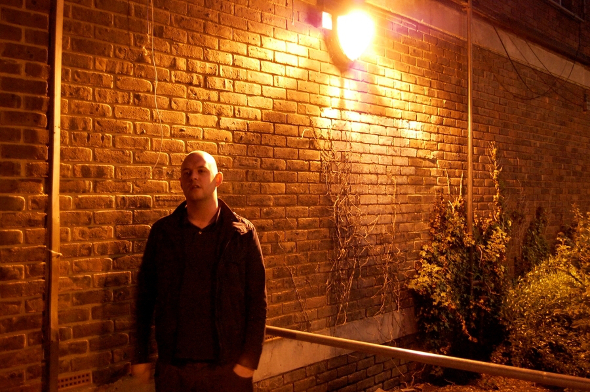 The UK grime producer will release his debut album on Local Action in September.

Thanks to his productions under the Slackk moniker for labels like Unknown To The Unknown and Local Action, and his stewardship of the now defunct pirate radio archive Grimetapes, Paul Lynch has become one of the most important figures in the recent resurgence of instrumental grime. Last year he started the grime-focused Boxed club night alongside like-minded producers Logos, Mr Mitch and Oil Gang, and regularly appears on NTS and Rinse FM, as well as pushing the genre through his monthly SoundCloud mixes.

Due for release in September on Local Action, Palm Tree Fire will be the producer’s debut LP proper following last year’s self-released album length version of his Minor Triads EP. According to the label, the album “showcases grime’s flexibility away from the club, using a (mostly) 140bpm tempo as a starting point for atmospheric, imaginative music as inspired by Eastern mood pieces as the UK pirate radio culture that was his starting point as Slackk.”

In an interview with Resident Advisor, Lynch (shown above in a rare new promo picture) said: “I don’t necessarily view it as some big grandiose statement in the way that some albums can be, but there is a definite tone to it.” Lynch also suggested that the album has “more space” than some of the other material he’s put out, and that the title comes from the fact that its sound reminds him of the desert. “I called it Palm Tree Fire because of that,” he continues, “and then found all these mad YouTube videos from LA with trees on fire afterwards, which really seemed to fit in to me for some reason.” A stream of album track “Ancient Dolphin” can be heard below.