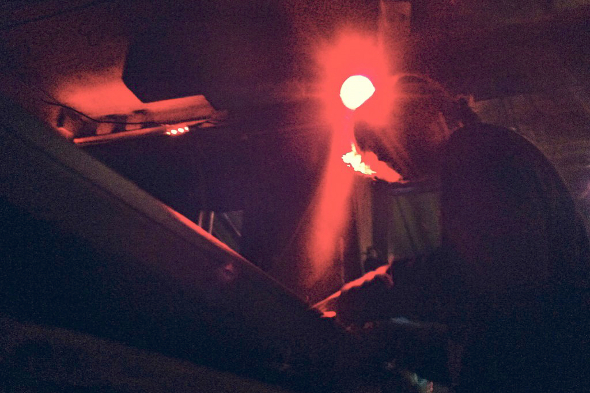 Another talented selector from the Hamburg club tests the meaning of the term ‘experimental music’ across 57 minutes.

Thanks to her releases on Werk Discs, PAN and Panzerkreuz, Helena Hauff has become perhaps the most well known Golden Pudel resident, but it’s clear that the other DJs at the Hamburg club are just as open-minded when it comes to playing records. Berceuse Heroique’s ongoing mix series has been a nice conduit through which those not lucky enough to have attended the Pudel can experience this free thinking approach, with certain sections of our brain matter still very much scattered thanks to the selection resident Nina Trifft put together earlier this year.

Fellow Pudel resident Nika ‘Nikae’ Breithaupt helms the latest submission with a mind-bending mix that makes it easy to see why she has shared the billing at the Hamburg club with guests such as Mika Vainio, Shackleton, Veronica Vasicka and Felix Kubin. Breithaupt was amongst the Pudel family that spoke to RA’s Will Lynch last year, stating “some maybe fear the Pudel because it’s so free,” but her openness to contrasting and abrasive sounds on this selection feels quite refreshing in the face of so many linear house and techno mixes that clog up the internet.