Kowton / Asusu – More Games / Too Much Time Has Passed Remixes

Good music and flexibility go hand in hand: They’re the things that prepared our pre-human ancestors for speech, the elements that cognitively pushed us to become flexible to new ways of understanding and communicating in the world around us. Flexibility also a damn important quality for a record label. Speaking to NTS Radio last year, Livity Sound co-founder Peverelist emphasized the importance of adaptability in his label, stating: “It’s constantly being refined, we’re still learning, refining our approach and adding new material” he claimed. 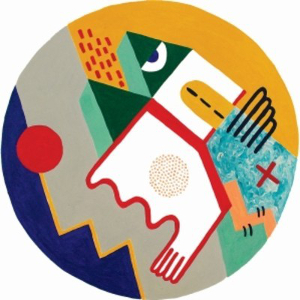 Being flexible has become more and more of a necessity these days – vinyl pressing delays and backlogs are becoming an increasing concern for small labels, and increasing attention to questionable practices of cultural appropriation led to Peverelist openly apologizing for use of sacred Maori symbolism on Livity’s slip. But maybe the most important usage of flexibility has been Livity’s unveiling of their remix series, gathering a diverse set of contemporaries to re-interpret selected works from the label’s first nine releases. Ghost 202, Beneath, Pangaea, Surgeon and Nick Höppner, A Made Up Sound and MMM have all been brought into the fold so far, and the fifth in the series brings Kassem Mosse, Mix Mup, Dynamo Dreesen and SVN together to stretch two Livity productions into play dough-esque mutations of their original forms.

Mix Mup and Kassem Mosse re-emerge from the shadows again as a duo to tackle “More Games”, each coming off a respective hot streak (Mix Mup’s scorching Hinge Finger EP, and Kassem Mosse’s LP, which Ben UFO admits he is “still attempting to wrap my tiny brain around”). The duo offer a production similar to their recent minimalist rework of TCB’s “Unchained” – taking apart the grime strings of “More Games” with the same militant, purposeful tact that one might disassemble an AK47. The resulting track is sludgier, almost sickly, like a late 80’s Pentium processor trying to solve an ethics question and overheating in the process. Alternating between a bloody gurgle and piercing highs, it’s a shrill version of Ciara’s “Goodies” meets the shower scene from Psycho, a final product which is sure to induce lockjaw when played over a decent system.

Dresvn goes a much more subtle route for “Too Much Time Has Passed”, trading in the low-end techno pulse of Asusu’s original track for a series of calming percussive touches reminiscent of Begin’s “Elate“, or raindrops hitting concrete. While the original sounded akin to a lethal dose of poison slowly surging its way through one’s intestinal tract, Dresvn’s version imparts a different feeling, using placidity and slow, almost indistinguishable shifts in pace throughout the track to entrancing effect. Both mixes do their damnedest to avoid being easily categorized, and these releases are worlds away from Peverelist’s work on Punch Drunk or Kowton’s white label re-edits of Jeremih’s “F U All The Time”. Whether channelling peacefulness or mechanical anxiety, whatever stretching routine Livity Sound have been doing has been working; they’re nimble and flexible as ever.