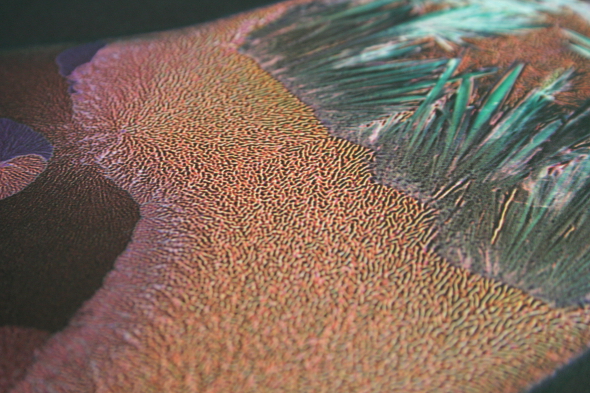 There’s a distinct difference between Answer Code Request and Ostgut Ton’s big guns: Klock, Dettmann, Fengler and Function. Those four are inherently linear, whereas Answer Code Request’s music has by and large remained broken and syncopated. Before the Answer Code Request project took off, the Berlin producer was making music under his real name, Patrick Gräser, and as he would later find out, adopting a new production alias would prove to be a masterstroke. 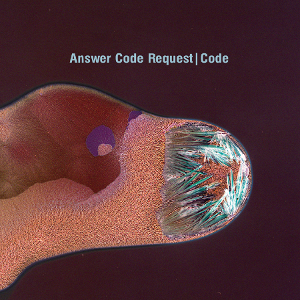 This isn’t to say, however, that the music he made under his own name was a misstep, it was just in its formative stages, and if you look back to 2009’s Squalid 12” you’ll even find a very early Tom Dicicco remix. Then in 2011, following his debut as Answer Code Request on his own ACR label, Marcel Dettmann used his track “Escape Myself” (from that aforementioned release) for his Conducted mix on Music Man. While the next year Norman Nodge dunked back into the Gräser catalogue for his Berghain 06 mix, and as Todd Burns described in his review for Resident Advisor: ““From Foreign Territories” is when things finally switch on properly, and Nodge lets it run for five minutes, acclimating listeners to what’s about to come.”

With his name established in 2012 thanks to two EPs on his own and Dettmann’s label, he returned in 2013 with the single Crack City EP featuring a remix from Shed’s War Made Easy alias. While this year his Ostgut Ton debut came via the three-track Breathe 12” which was Gräser’s shoe-horn into the great German label that now proudly presents Code. And with the support he’s had over the years it’s as if everyone Berghain or Ostgut affiliated has chipped in wherever they could to help his career take off, which it has.

Answer Code Request has his technique of displaced beats and accented rhythms down to a fine art. But first on Code, the one and only 4/4 production is “Status” which fittingly middles the LP. It’s mechanical in the same way Robert Hood’s music can be, and quick hats give the illusion that it’s faster than what it sounds. Its bassline is deep and liquid, while free flowing breezes of synths provide a warm but also cooling effect.

Bubbly watery sounds that appear throughout the album give “Status” its gloopy texture. And these sticky, succulent droplets of sonic organisms compliment the album’s artwork, a magnified image of a crystallising membrane. Parts of “Field Depth” and “Thermal Capacity” make you feel like you’re inside that blob, but none more than “Blue Russian”. Indeed it’s an album highlight and a nebulous kick-start after the spacey, crackled and radio transmission intro of “Code” that, as Hieroglyphic Being pointed out last year: Space is the place (but we stuck here on earth).

On Robert Hood’s Motor: Nighttime World 3 there’s a track called “Assembly” and it’s stripped back, mellowed rave similar to what Skream was doing when he made dubstep. Transmogrify this into something industrial with cool cathedral tones and you have “Zenith”. Three tracks later there’s “Haul” which sounds like a vibrant reincarnation of Ben Klock’s 2009 dabble in dubstep, “Gold Rush”, while for something more celebratory, chirping birds and all, there’s “By The Bay”, a choice cut for the DJ to lighten up the floor. And in between all of these there’s the album’s communicating vessels – “Odyssey Sequence”, “Spin off” and “Axif” – which are ambient yes, but interludes no, they’re homogeneous productions that fulfil Answer Request’s Code.

If you look back over the album’s Ostgut Ton has released during the past two years, the one that has stood out for reasons other than being Ostgut-centric is Barker & Baumecker’s Transsektoral. And now that we have Answer Code Request’s Code, it provides a happy buffer between the greyscale hyper-colour of Transsektoral, the stony and reverberant qualities of early Klock and Dettmann albums, with the contemporary sparkle and sheen heard on Fengler’s Fokus.