Since he made the move from Ireland to New York City back in 2004, Brooklyn-based DJ and producer Eamon Harkin has been responsible for a select clutch of edit-based and original 12″ releases, with the Escape From New York-riffing John Boy 12″ for Wurst a favourite here at Juno Plus. It’s been over two years since Harkin last released some solo material, during which time he and Justin Carter have built up the label arm of the Mister Saturday Night parties they run in NYC, introducing names like Anthony Naples, Archie Pelago and General Ludd to the world.

Given how much of a community Mister Saturday Night has grown into, it’s little wonder that Harkin has had limited time to work on his own music, which last manifested itself in the form of the acid-heavy Rigor Music EP on fellow New York label Throne Of Blood. News now arrives that Harkin will make his return to the world of production next month, with the release of the Back Down 12″ on Steve Mizek’s Argot label. The title track comes described by the label as “a saber-toothed, bass-heavy take on techno with an unexpected tender side”, while “Species Of Comedy” on the flip side is “a trance-like stomper”. Interested parties can judge for themselves ahead of its release next month by listening to a preview stream of both sides below.

Argot will release Back Down by Eamon Harkin on June 17. 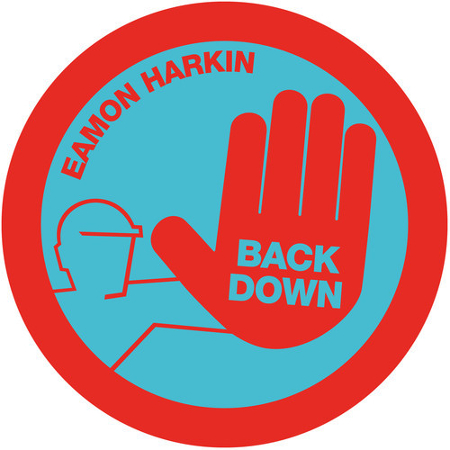 A1. Back Down
B1. Species Of Comedy