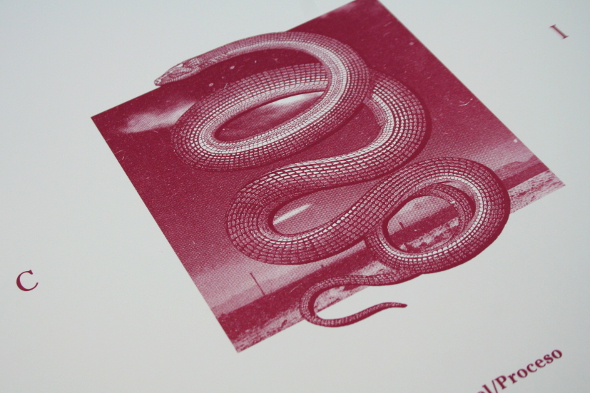 John Talabot knows when to hold back and when to go all-out. Take the Barcelona-based producer’s recent DJ Kicks mix: Full of deftly executed oddball Balearic, Pye Corner Audio tracks, and over seven minutes of Madteo’s twisted vocals repeating overtop themselves- it’s a mix that sneaks up on you, sublimely gelling together into a cohesive whole as if it’s a 3D Magic Eye suddenly coming into focus. While Talabot has exercised the same careful curation in his Hivern Discs label over the years, he’s not afraid to balance oddball late-hours house with peak-time party gluttony, as his freestyle-inspired edit of T.T’s “Party Girl” showcases. 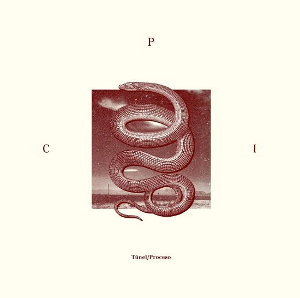 But nothing in the Hivern catalogue to date has the same thumping, demonic balls-to-the-wall energy as this 12″ from the C.P.I. pairing of Berlin’s Hugo Capablanca and Barcelona’s Marc Piñol (not to be confused with Pional, who has worked alongside Talabot on several occasions). El Túnel/Proceso is shockingly assertive and confident for a debut, an acidic excursion to the centre of the Earth that stays windingly propulsive until its very last seconds.

One would think that over the course of 15 minutes, that “El Túnel” might exhaust itself, but there’s not a yawn to be found in the gurgling piece of experimental alkaline techno. Echoing with guttural groans and weird whispers as it progresses along a constantly shifting punchy arpeggio beat, it’s reminiscent of Golden Teacher’s raunchy ballads if they were sucked into a black hole and spit out the other side as a glistening metallic cube. Gale-force winds rip through the fabric of the track as the beat hurdles towards a searing, buzzsaw-accompanied climax. It’s a journey in the fullest sense of the word, stitched together with exactly the kind of progression that prevents the hypnotic rhythm from getting repetitive.

“Proceso” is half the runtime as “El Túnel”, but kicks in with equally heated reckless abandon, beginning as a series of handclaps and echoing white noise from what may very well be nearby heavy machinery. But once the two minute mark hits, the stakes raise immediately with an acid-based pulse that could dissolve flesh from bone like a hot knife through butter. There’s a giddy claustrophobia to “Proceso”, and anyone who remembers the era of gaming that featured high-speed corridor navigation shooters like Descent may feel immediately nostalgic to revisit those games with Capablanca and Piñol’s tracks as the soundtrack.

While this writer listened to the one-two punch of “Túnel” and “Proceso” multiple times before even touching the Barnt remix, turns out that it’s perhaps the most concentrated offering of the package. Looping the handclaps of “Proceso” into a rapid-fire barrage, Barnt re-arranges the components of the original into something even more punishing, until it drops off into nothingness at the three and a half minute mark. And just when you think that maybe the track has sputtered out, a crystalline Casio synth takes prominent hold of the track, shaking it by the lapels as all the other components reappear for an exhilarating, cathartic finish. Sure to be the offering from Hivern Discs that never leaves your record bag in 2014, it makes a great case for disregarding restraint now and then.