No Corner presents From The Reels 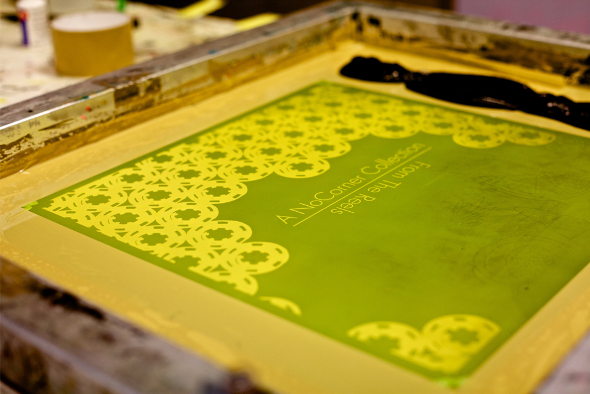 Cassettes from El Kid, Filter Dread and Lily will be pressed to vinyl in a deluxe box set from the Bristol label.

Since opening for business in 2012, Bristol-based cassette label No Corner have forged their own path what is becoming an increasingly crowded marketplace, setting themselves apart from the competition thanks to a direction that’s as likely to put out a mixtape of classic pirate radio grime from Kahn & Neek as it is to release the fragile house music of the anonymous Lily. With their cassettes highly limited, and not available digitally, No Corner have elected to make three of their most coveted releases available on vinyl; initially teased last month, Tape Echo have now revealed extensive details of the package and which records will be making the transfer to wax.

Consisting of four records, including three 12″s and one fluorescent 7″, From The Reels: A No Corner Collection will include the fragile techno structures of El Kid’s Labyrinths EP, the zero-gravity grime and jungle of Filter Dread’s Space Loops, and dusty hardware house of Lily’s Modern Malaise, each of which span more than 30 minutes in length, some of which are merged into one long groove so as not to interrupt the fluidity of the original cassettes. The 7″ will feature Vessel’s remix of El Kid’s “We Need Mirrors”, though what will go on the other side of the fluorescent disc has yet to be revealed.

The records themselves have each been cut to 180g vinyl, with each disc housed in its own printed sleeve and enclosed in a Kraftliner sleeve which is itself housed in a screen-printed poly outer sleeve, all to keep the aesthetic in line with the original cassettes. A teaser video, containing a snippet of Vessel’s remix of “We Need Mirrors” can be watched below.

No Corner will release From The Reels: A No Corner Collection in late May.